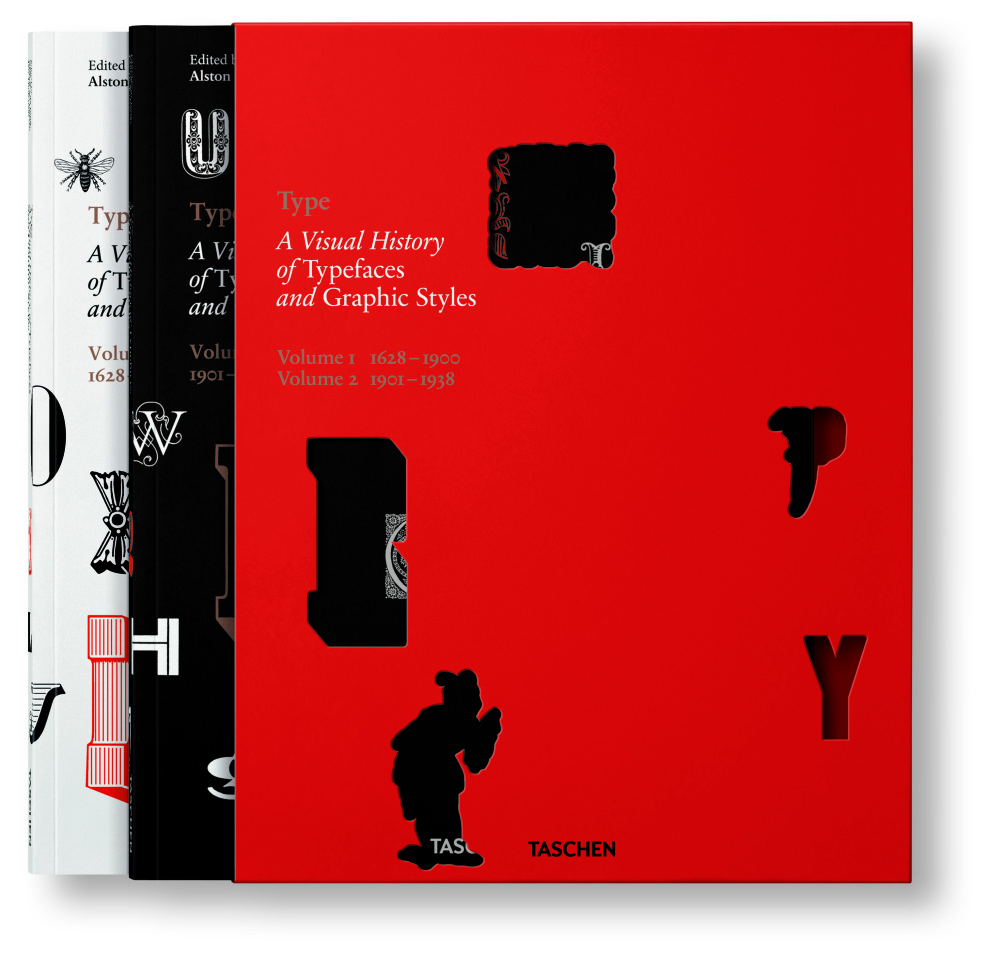 Based on artefacts held by late Dutch collector Jan Tholenaar, Type: A Visual History of Typefaces & Graphic Styles, features typefaces from across the eras – from Caslon to Frutiger – via familiar figures such as Eric Gill and Jan Tschichold.

Documenting more than 300 years of typeface design was such a mammoth task that Taschen has split the work into two volumes.

The first volume covers everything pre-20th century, with texts by Tholenaar and editor Cees de Jong, while the second deals with the prolific period from 1900 to 1938, with an outline from academic Alston W Purvis.

Those with a Taschen keycard can access the book’s online image library, which features more than 2,400 high-res scans of type specimens, downloadable for unrestricted use.

Type. A Visual History of Typefaces & Graphic Styles, is published by Taschen priced at £34.99.