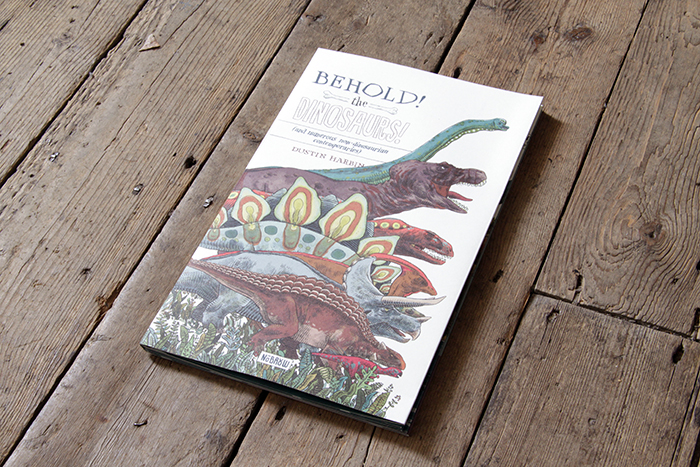 Over 100 dinosaurs are featured and we see how they conquered the sea, land and sky, before their demise.

A few other ancient creatures are thrown in (sharks, crocodiles and the like) – Great survivors of history and veritable dinosaurs themselves. 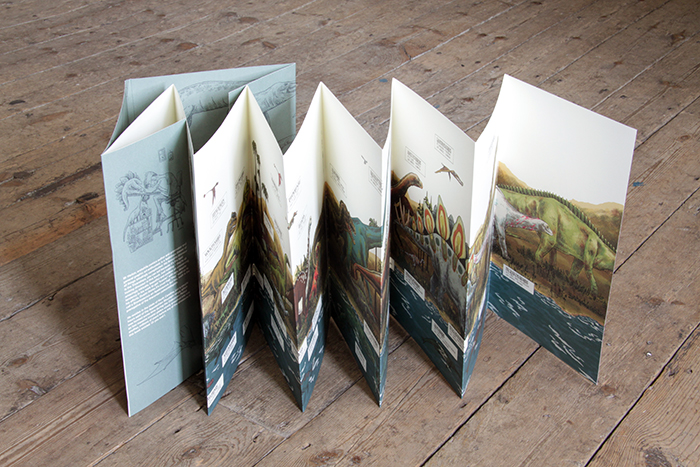 Each dinosaur is annotated so we can learn about their size, family and the period in which they were alive.

The Spinosaurus’ vital statistics make the Tyrannosaurus look pitiful. It was an 18m long carnivore or ‘carnosaur’ and has been drawn to look menacing and hungry with drawl dripping from its razor-sharp teeth. 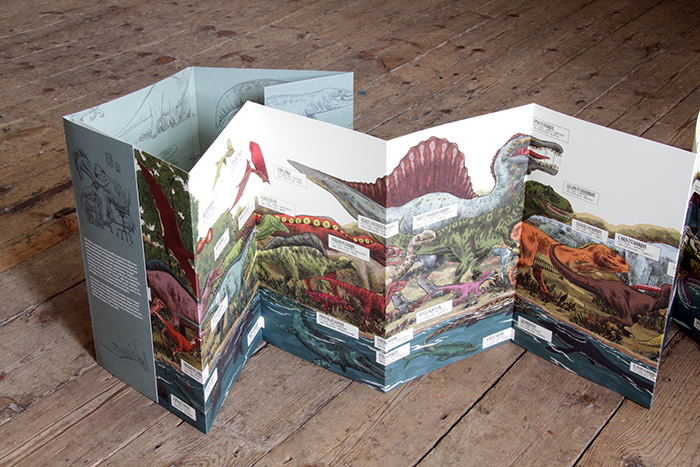 Historically accurate, we’re assured, it’s designed to be popular with parents and teachers Nobrow says, but frankly it’s probably going to be a hit with anyone from eight to eighty. 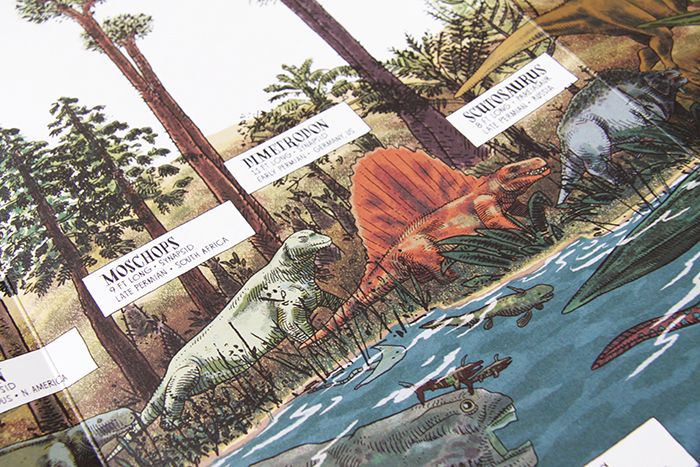 The illustrations have been created by Dustin Harbin, who is best known in alternative comic circles for his Diary Comics series published by Koyama Press. 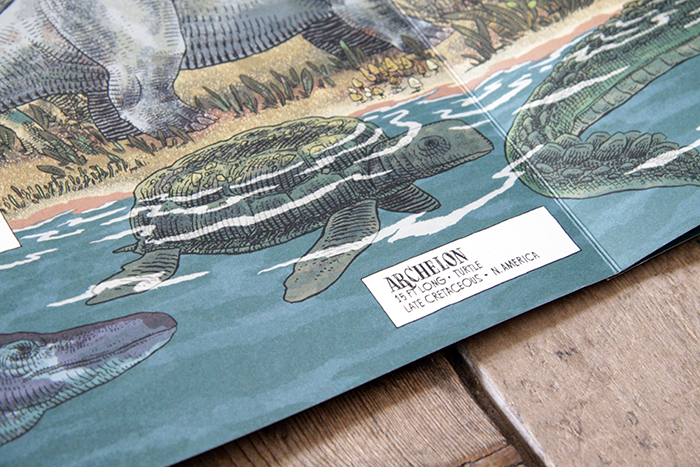