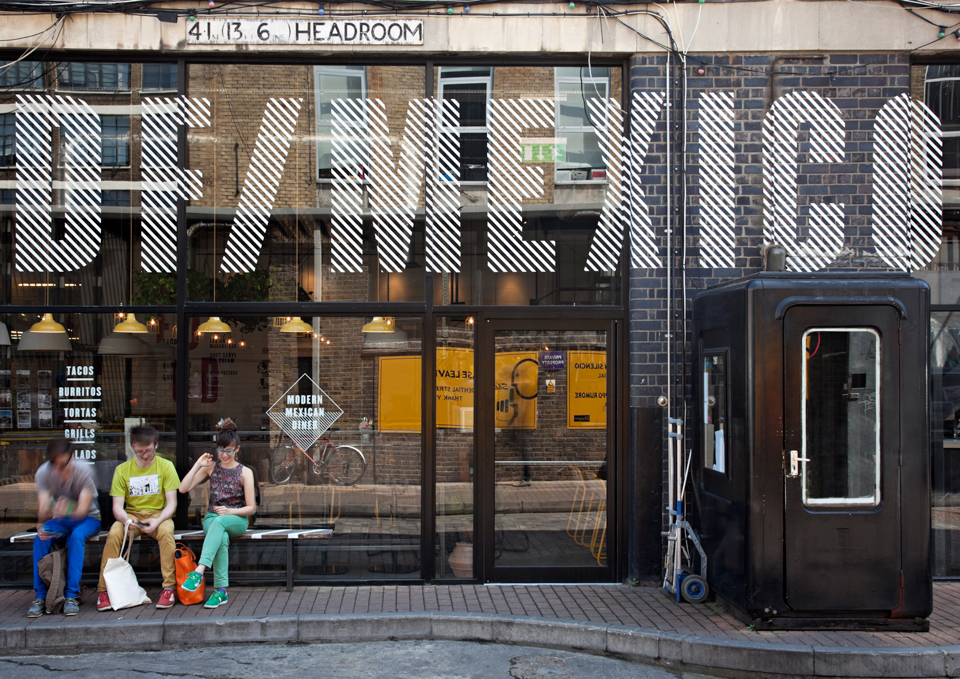 DF Mexico is a new venture from the team behind Wahaca, for which BuroCreative developed the identity. 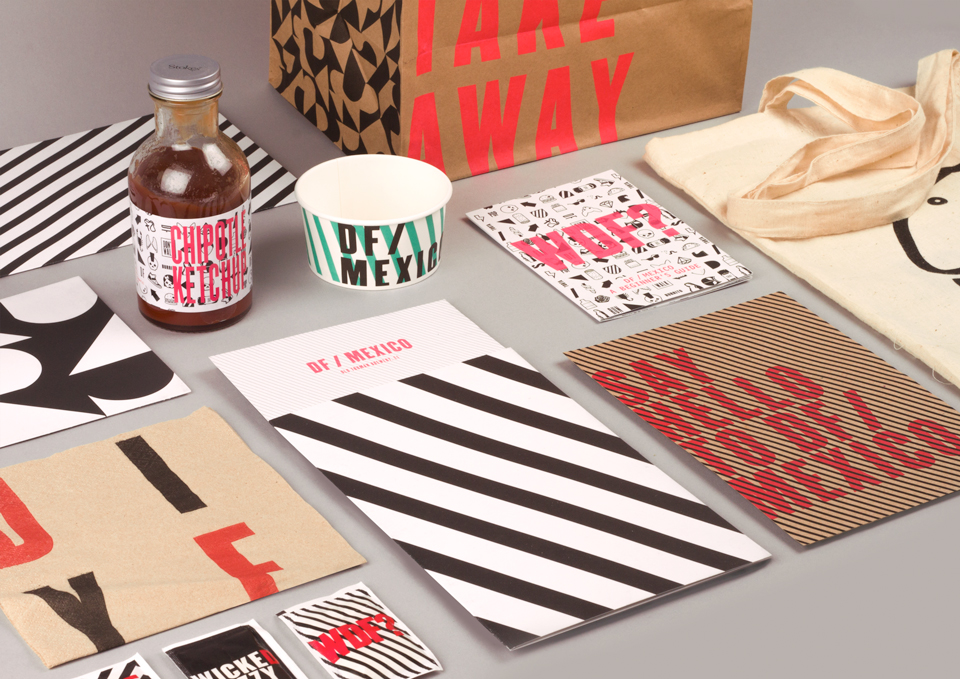 DF Mexico takes its name from Distrito Federal, which is used by locals as the name for Mexico City.

Grant says the look is inspired by a range of ‘urban, design-led references’ including street signs, contemporary architecture and the Mexico 68 Olympics identity. 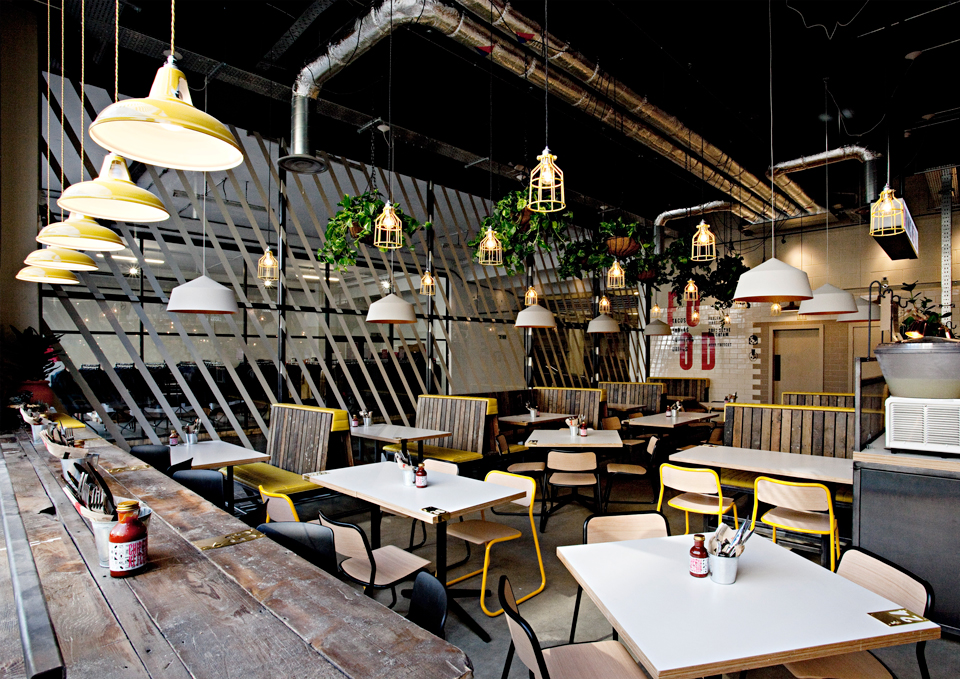 The branding has been applied across interiors of the first DF Mexico site, in east London’s Trueman Brewery, which has interiors designed by Softroom.

BuroCreative also created a suite of icons which are used across store graphics and literature and also on the DF Mexico website, for example in this ‘hidden game’.

Grant says the icons are also used as staff engagement. He says, ‘During their preparation for launch the whole team organised a “treasure hunt” to scour the local area for items inspired by the icons with which to decorate the restaurant.’ 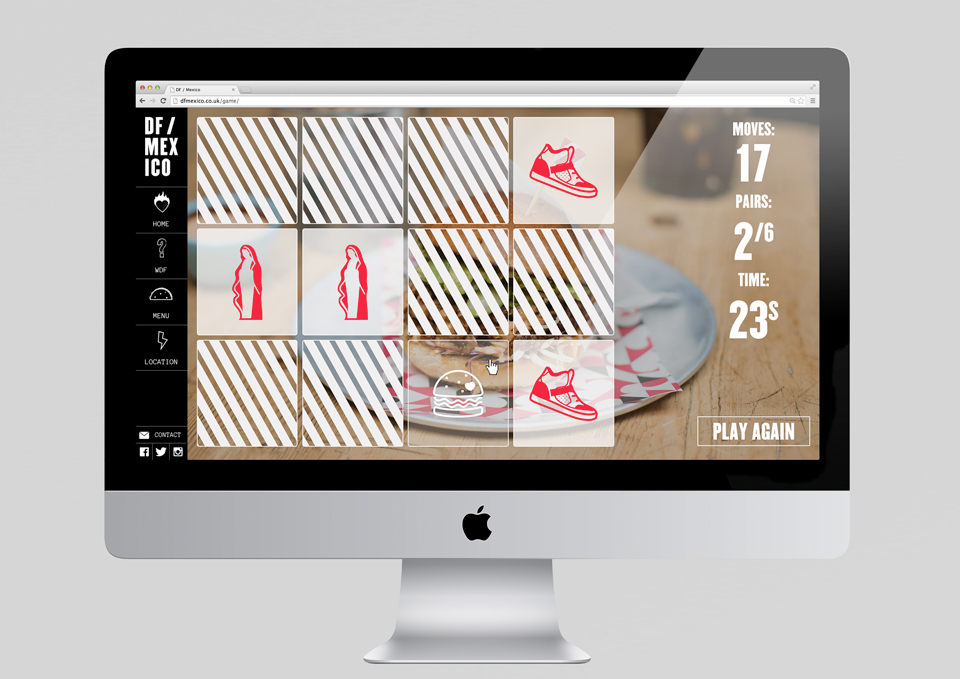