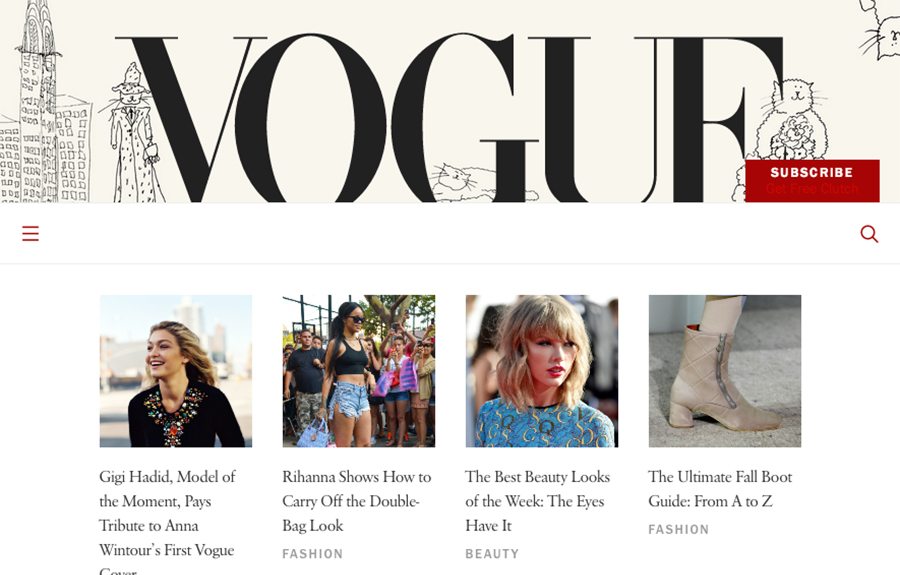 The site has been designed to be ‘a more fluid, responsive, real-time experience for users,’ says Code and Theory.

Co-founder and executive creative director of Code and Theory Brandon Ralph says, ‘The new design brings a new speed and freshness to the Vogue experience in digital, and allows the Vogue.com team much more creative freedom to produce, package and distribute content in a seamless way.’ 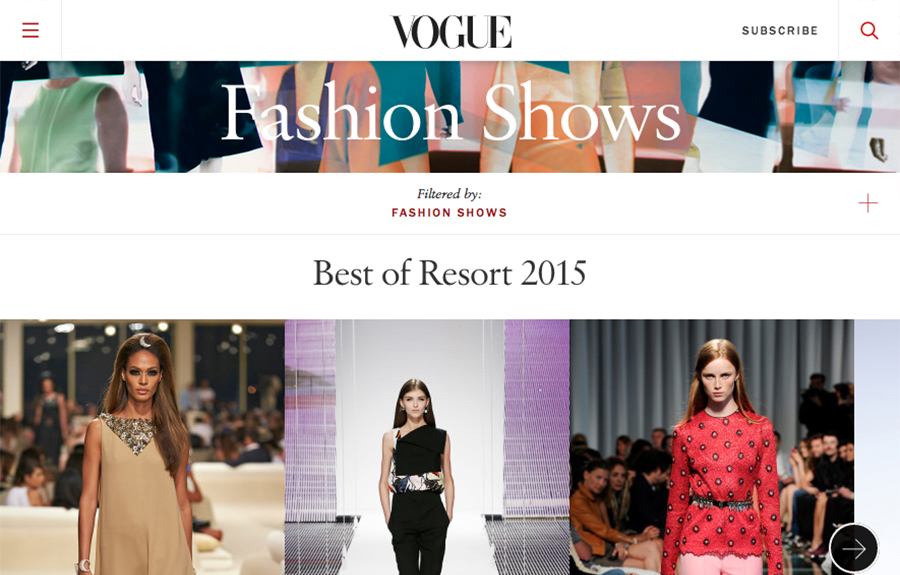 Features include ‘highly customisable modules’ which give site visitors different ways to browse visually and also allow the editorial team to ‘better articulate its stories’ says Code and Theory.

Optimsed article pages and photo galleries have been designed to address ‘consumption behaviours’ including passive browsing, ‘snacking’ on content, and ‘deep dives’ into Vogue archives according to Code and Theory.

Meanwhile in anticipation of the launch Vogue has commissioned artists to reinterpret its logo. 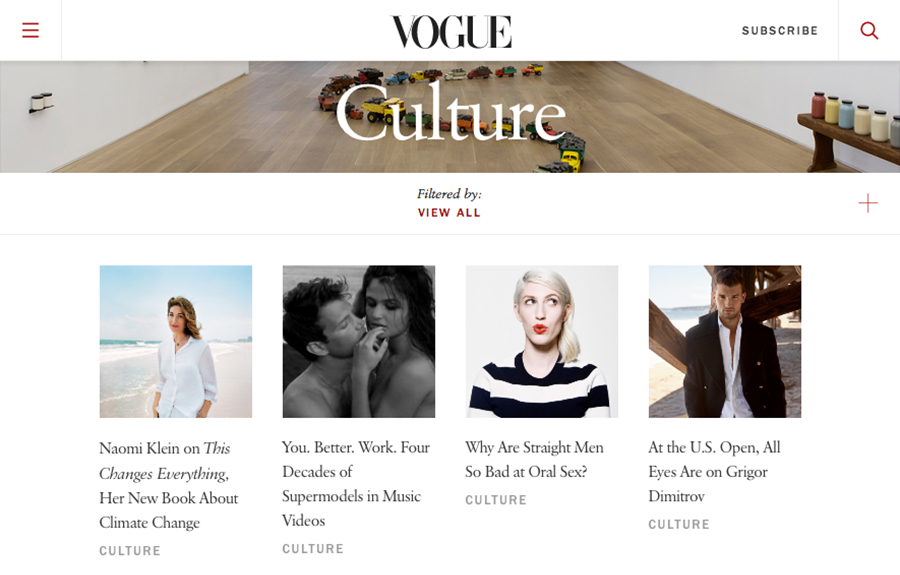 This is artist Dustin Yellin’s animated effort, which was filmed from under a glass table.

Yellin told Vogue.com, ‘I made this after I ate a large plate of fruit,’ and says his chosen paint colours correspond to what he was eating.