The company is also overseeing the £45 million rebuild of the Ashton Gate stadium, home to Bristol City F.C. 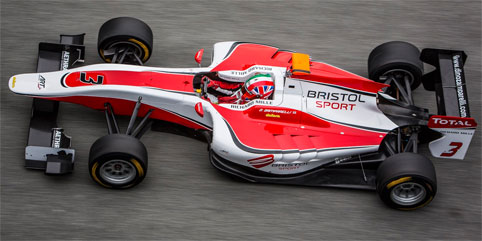 According to Mr B & Friends chief executive Simon Barbato, the consultancy won the project after initially winning a pitch to rebrand Bristol City FC three years ago (against 11 local consultancies). This project was halted after plans to build new stadium Ashton Vale were shelved.

A rebuild of Ashton Gate was instead proposed and Bristol Sport then engaged Mr B & Friends to work on the Bristol Sport rebrand, adapting the formative project to create an icon, which Barbato says shows that ‘Bristol Sport is at the heart of the city and brings people together through Sport’.

The rebrand has been prompted by Bristol Sport’s ambition to become the South West’s ‘best facility for sport, sponsorship, entertainment and events,’ according to Mr B & Friends.

Steve Richardson, creative director of Mr B & Friends says,  ‘It’s great to see the identity applied to the new Bristol City and Bristol FC team kits, where it sits nicely alongside sponsor branding.

‘The heart-shaped logo delivers a graphic representation of the energy and passion of Bristol Sport, the teams themselves, and the supporters. It has been designed to be applied to a wide variety of sources from kit to website, from annual reports to outdoor advertising.’

Andrew Billingham, chief executive of Bristol Sport says, ‘The new logo represents the beating heart of sport in Bristol and is a further step in bringing together all elements of our activities, whether it be rugby, football, basketball, motor racing or sponsorship.’