JDO has designed the look of the Dove Advanced Hair Series for the UK market, having also designed the packaging of the products which first launched in the US earlier this year. 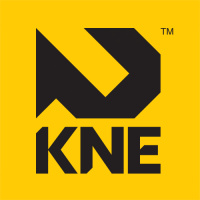 Wonder Stuff Studio is working with Karting North East, one of Europe’s longest established outdoor karting venues, to reposition and ‘revitalise the brand’ and to better communicate their offer to a wider market. The company also offers ‘rage rally’, paintball, 4×4 driving, archery and ‘tomahawk throwing’.

Skylab has designed a website for the new International Boxing Association (AIBA) Pro Boxing website using a multi-site platform which will allow the organisation to easily manage different competition sites.

The Association of Illustrators (AOI), in partnership with London Transport Museum, are now accepting submissions for The Prize for Illustration 2015. This year the theme is London Places and Spaces. For more information head to: theaoi.com.