‘Fifty per cent of our business is in Scotland and 50 per cent out of Scotland. Thinking purely from a business point of view any barrier for trade [created by a ‘yes’ vote] is a potential problem. Having access to clients down in London is hard enough without any more barriers being put there. Tax barriers and currency barriers give clients a reason to not want to do business and it will become too hard. Most businesses up here don’t think independence is a great thing. When the TV debate was shown up here the other night the biggest contention was the question mark over currency – [Pro-independence First Minister of Scotland] Alex Salmond was poor, he stumbled his way through whether he could secure the Pound, and it could be a huge problem, a huge barrier. The cost of a different currency to our business would be to increase complexity. At first we thought there would be a shared currency union [if independence was declared] but now there’s uncertainty.’

Simon Farrell, managing director, Tayburn. Tayburn’s main office is based in Edinburgh and it also has smaller offices in Manchester and Istanbul. It is a Scottish registered company. 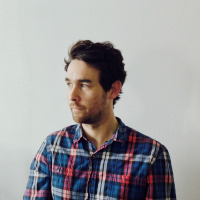 ‘At Tangent we don’t feel the impact of a yes vote in the forthcoming referendum would negatively effect our business. We’ve worked with clients in the US, Europe and Australia without difficulty in the past and don’t feel that being independent from the UK would cause us major problems – our proximity, history and shared culture mean we will always have really strong links and alliances. There is a feeling in many quarters here in Scotland that uncertainty about the Pound is a campaign tactic; it’s as much in the interests of the rest of the UK as Scotland to maintain a currency union if negotiation were to start – all the major players agreed this until campaigning began. Another perspective on the issue is that here at Tangent we have made inroads into several European Union frameworks, and if the UK continues its steady slide away from the EU these revenue streams may no longer be available to us. In the end, hopefully the overall effectiveness of the design service will always be the most important business factor, irrespective of the issues of nationality or currency.’

‘I personally don’t think a vote either way will impact on our business. We win business and build relationships based on the quality of our work and our growing network of happy clients. Geographic distances can sometimes effect our suitability for a job, but willingness to travel and advances in tools like Google Hangout have overcome most, if not all practical concerns. We already invoice in Dollars, Euros and Sterling, so don’t see any complication in adding a new one if a new currency is introduced. The only problem might be the typographic character selected to present it. If it is not available already in Clarendon, we might need to redraw a font ourselves for our uniquely designed invoices… I also anticipate that a vote either way will allow businesses, cultural institutions and entrepreneurs to move on and get back to developing initiatives and plans for the future. It feels like a lot of things are just on hold until after the referendum. This can only be a good thing for design studios like O Street that support and strengthen a forward thinking industry. We’ll be fine with an “Aye” or a “Naw” we just want to avoid the uncertainty of a “Mibbe”.’

David Freer, owner, O Street. O Street has offices in Glasgow and London and is registered as a Scottish company.

‘A very quick and honest view from both me and Keith Forbes [partner, Good] on this subject is that we really haven’t thought about it in any serious capacity. I guess you could say we’re standing by and just waiting to see what the outcome will be before we spend any time on it. We both think it’ll be a “no” anyway, which means there is probably no point in investing the time right now.’

Chris Lumsden, partner, Good. Good has offices in Glasgow and London and is a Scottish-registered company.

‘The first thing to consider is why these relationships currently exist? Ultimately clients want to work with consultancies who can best deliver their requirements. Key to successful consultancy/client relationships is the ability to understand the business, its customers and its heritage. Consultancies able to demonstrate this understanding and deliver distinctive and memorable experiences will continue to work with clients near and far.’

Will Rowe, managing director, Rufus Leonard. Rufus Leonard is based in London and counts Bank of Scotland and Scottish Widows among its clients.