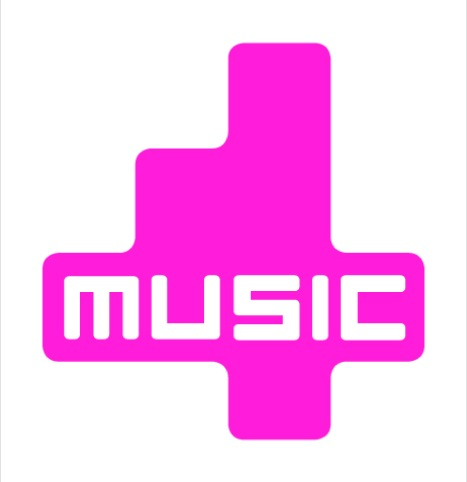 The new identity was created by the in-house teams at 4Creative and Box TV, a network of seven music Channels including 4 Music, Magic, The Box and Kerrang!, run by Channel  4 and media giant Bauer Media.

The new on-air identity encompasses a refreshed logo, on-screen branding and four new idents. The logo’s main colour of pink was retained, though blue and yellow have been added to denote three main functions of the channel – navigation, audience interaction and editorial. The simplified logo aims to emphasise the channel’s ‘pop’ bias.

Accordint to Box TV head of marketing Melissa Pine, the new branding was brought in as a response to ‘an increasing appetite for viewer interaction and social viewing.’

Phil Lind, deputy head of 4Creative says, ‘The 4Music logo hasn’t changed dramatically. The new version echoes the original, paying homage to its young heritage, whilst creating a softer, rounded finish, more in-keeping with its Channel 4 sister channels such as E4 and More4.’

The identity aims to reflect the editorialisation of the channel’s content, with the new idents created by Box TV’s in-house team, featuring dance and movement in everyday situations.

‘We wanted the idents to have a strong theatrical slant, vivid lighting cues and bold dance movements to echo and compliment the channel’s content. Each ident purposely dramatised familiar everyday locations to create a playful take on the pop aesthetic.’