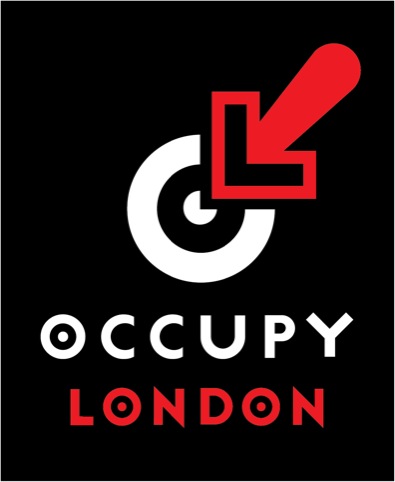 The new identity, which has been created pro bono, will now be used by the movement on its website and social media communications, and will also be available for use on flyers, badges and other collateral. It can be downloaded for use here.

Occupy London spokesman Spyro van Leemnen says the identity will also be used for Occupy Everywhere protests planned for 15 December. Van Leemnen says that although the logo is available for use, Occupy protesters are free to use their own designs as well. ‘We are an open movement’, he says.

Occupy London had previously been using an identity based on the Transport for London roundel, but last month TfL’s lawyers ordered them to stop using this.

The movement then launched an open competition to find a new identity, which would be chosen by a public vote.

A total of 18 logos were shortlisted and put anonymously to the public vote. Van Leemnen says he approached Barnbrook to take part in the competition, as his Bastard font had already been used in the movement’s newspaper – the Occupied Times of London.

The new logo features an updated version of Barnbrook’s Patriot font. Barnbrook says, ‘What I tried to do was create something bold that expressed the ideology of the movement. It’s quite a traditional piece of design.’ 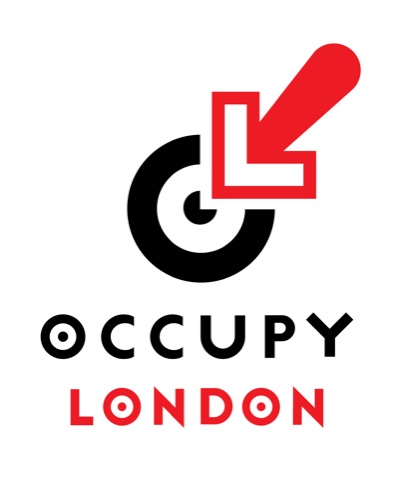 Van Leemnen says, ‘Occupy London is a movement that fights for social and economic equality and all our decisions are made by practising direct democracy. So we thought that the best way to choose our new logo would be an open, democratic competition that would give the opportunity to people to be creative and contribute to the movement by providing us with their logo design ideas.’

He adds, ‘Jonathan’s logo is simple and versatile and can be used easily on different platforms which is why I think it won. Also the fact that it is designed by Jonathan, who is a politically concerned graphic designer, makes it special.’

Jonathan Barnbrook says, ‘To me this means more than any design award as it’s a movement that I feel strongly about personally. I was a bit worried about a public poll as you never know what’s going to happen with them but thankfully they chose this design.’