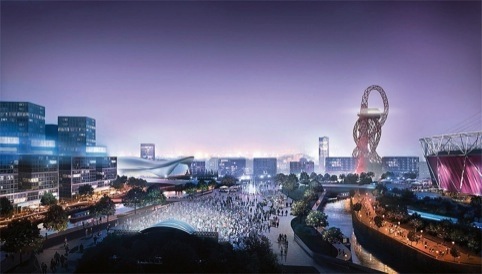 The London Legacy Development Corporation has set up the framework to cover projects in the park and the surrounding area, including new neighbourhoods, venues, parklands and public spaces.

Appetite, Arup’s Visualisation Team, Dog Star, Greenspace, Hyperkit, Premm Design, Squint/Opera and Uniform have all be appointed to the graphics and visualistion lot of the framework.

The LLDC says it will issue ‘mini-competitions’ to the panel for projects such as design for a new canalside park along the Lee Navigation and design guidance for the five new neighbourhoods.

As well as the graphics lot, a further 16 practices have been appointed to the architecture and urban design and landscape architecture lots.

The four-year framework will be worth between £1 million and £ 4 million in total.

Andrew Altman, chief executive of the London Legacy Development Corporation, says, ‘Legacy plans are further ahead than any previous Olympic host city and this is a great opportunity for architects and designers to help shape the future of the park after the Games.’