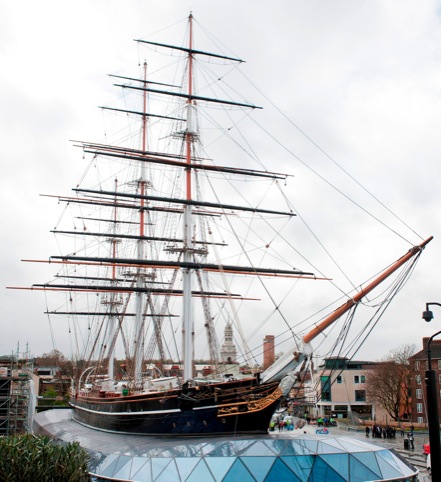 Restoration has been carried out alongside ambitious exhibition design by Designmap and Barry Mazur.

The hulk of the ship has been hoisted 3.3m off of the ground, taking any stress away from her keel, in structural work carried out by Grimshaw Architects and engineers Buro Happold.

This will allow visitors to walk underneath the ship for the first time, while on-deck they can view 17km of rigging restored to original specification.

Designmap first tendered for the exhibition design in 2007 and delivered a temporary exhibition about the ship’s restoration in a temporary pavilion, which was constructed next to the ship and designed by architect Youmeheshe. 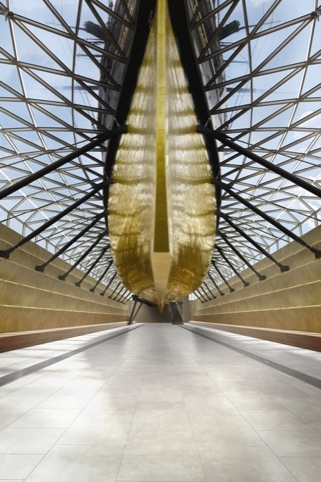 The pavilion was then lost to fire in 2007 and the ship was extensively damaged.

According to Designmap creative director Daniel Sutton the consultancy was reengaged in 2010 when the project received new funding and was tasked with creating an exhibition which will take visitors above, below and within the ship. This includes 3D design, audio-visual, interactives and graphics.

In the lower hull, which was once the cargo hold, Designmap has created a false deck and introduced ‘a series of tea-chest-like structures’ accompanied with graphics treatments, and AV projections on to the inside wall of the vessel. 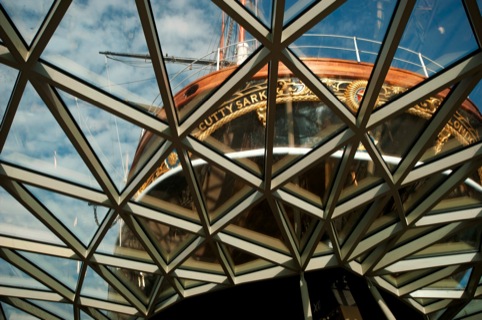 ‘We’ve used quite a lot of animation by projecting onto the interior of the ship,’ says Sutton.

The exhibition has been delineated thematically, with cargo addressed on the bottom deck before ascending ‘to look at the crew and then the main sailing of the ship,’ says Sutton.

‘Underneath the ship is an area to reflect on the Cutty Sark as an icon and remember the merchant seamen who died in the world wars.’

In addition an app has been developed by Designmap which will allow visitors to ‘peel back layers of the ship’s hull to reveal its structure when you stand under it,’ Sutton says. The app works on site and remotely, offering video, graphic, and interactive content, including a Cutty Sark game.