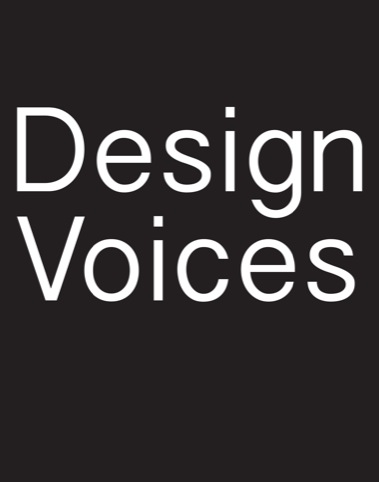 All this and more is revealed in new publication, Design Voices, which gathers interviews with eight leading international designers.

Design Voices has been put together by US-based writer Anna Carnick, who spent two months at the end of last year conducting a series of Q&As with the designers.

They talk to Carnick about their beginnings in design, their influences, attitudes and upcoming projects (‘endless work for Brooklyn Beer’, says Glaser).

Often revealing, featuring a sprinkling of shameless bragging (from Vignelli in particular) and sometimes veering into Pseud’s Corner territory (‘Asking myself the question, “What is my responsibility as a designer?” is the thing that I want to do as a designer’ muses Baas) the book is an intriguing portrait of eight designers at the top of their respective games.

Yoshioka tells Carnick, ‘Design is by its very nature free. There is nothing in design that says certain things must be done in a certain way,’ while Glaser says, ‘When people talk about design they’re really talking about, technically, everything in the universe that has to do with intent.’

Design Voices, by Anna M Carnick and edited by Jeremy Lehrer, is available though Amazon’s Kindle store, priced at £1.98. You can get a copy here.

‘If you could give the consultancy one piece of advice, what would it be?’

Design Junction brings the Tramshed under its wing

The Partners rebrands The Prince’s Foundation

At Home with the World