The consultancy was tasked with developing a brand identity that would encourage people to eat duck more often.

It says, ‘There is a fear of cooking duck and a general ignorance about what to do with it among consumers, and the main role of the brand rearticulation and packaging redesign was to instil more confidence and understanding in people.’

Elmwood says it took its cues for the branding from other sectors, including alcohol, that ‘do premium really well’.

It developed an identity which uses a warm duck-bill amber colour and features a duck’s head in the letter G. It also introduced a strapline ‘the remarkable duck people’. 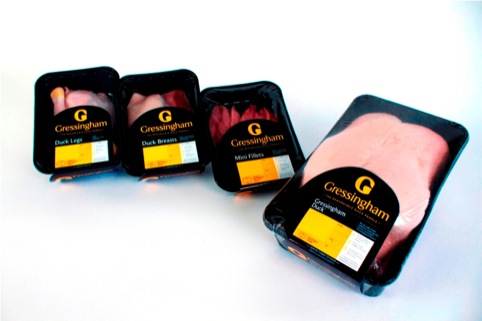 ‘The new packaging stand out on shelf, and has lots of added details such as the bright amber information box, and the 1,2,3 cooking guide to remove the fear for consumers.’

Elmwood was appointed to the work after being added to a credentials pitch list as a result of its work for Saucy Fish.