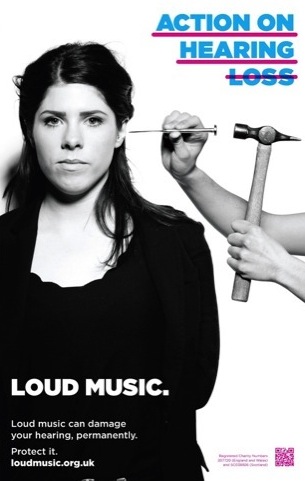 The campaign, which is the first to launch since Hat-Trick rebranded RNID as Action for Hearing Loss last year, aims to visually portray the damage that listening to loud music can cause to your ears.

The campaign will roll out across 48-sheet posters, a cinema ad, flyers and other collateral.

Hat-Trick worked with photographer John Ross on the portraits and director Lindsay Knight on the cinema ad, which can be viewed here. The campaign uses students rather than models. 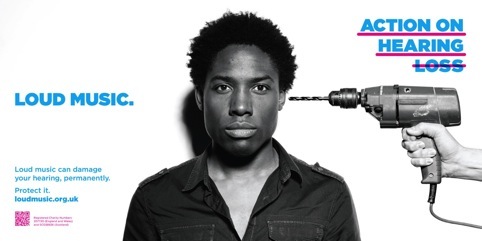 Sutherland says, ‘No-one realises the effect that loud music can have and we wanted a visual metaphor for the damage this can cause.

‘Assorted drills, nails and chisels are a powerful way of showing this. It was important to us to use real students – people whose lives are potentially affected by this issue.’

The campaign is launching in London this month to coincide with music event the Camden Crawl.