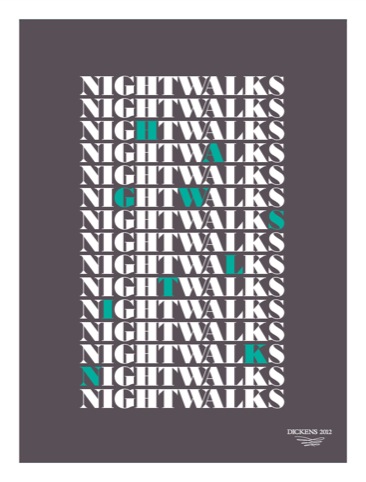 Most of Dickens’ novels were published episodically through newspapers. Inspired by this Kent Lyons will publish stories including Night Walks (images show), Wapping Workhouse, Oliver Twist, The Mystery of Edwin Drood, and The Chimes in a serialised form. 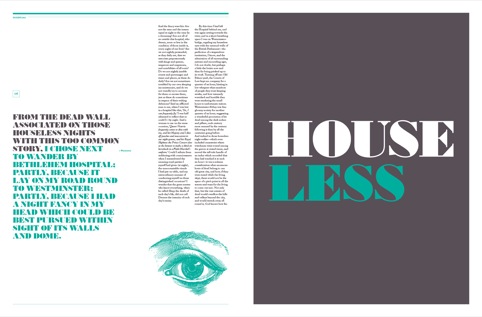 The Mystery of Edwin Drood is Dickens’ final novel, which remained unfinished at the time of his death. A recent BBC production has written an ending to the novel, and Kent Lyons partner Noel Lyons says he is consulting with the BBC to have this licensed for the newspaper. 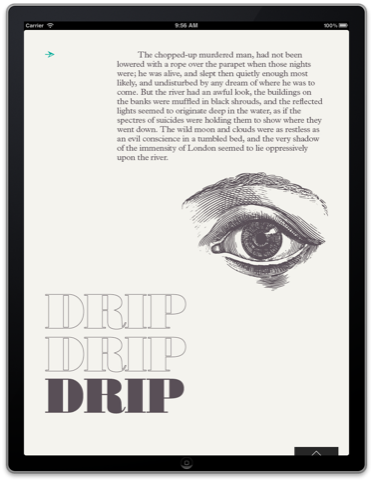 ‘We’ve created a tabloid size newspaper using the Dickens 2012 identity, made in the style of a newspaper from 200 years ago with classic typefaces including Bodoni and Plantin but making it feel more modern,’ says Lyons who has introduced a palette of pastel colours.

The iPad apps, says Lyons, will be centred around animation and interactivity. Lyons says he was mainly looking for a ‘pure reading experience’ with pages sliding laterally to reveal the narrative when held in portrait. 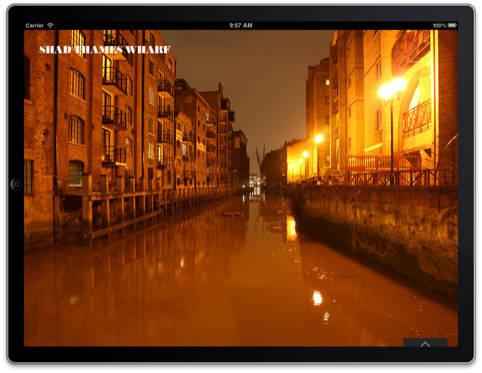 Holding the iPad in a landscape position will reveal interactive detail. The Night Walks edition will show modern location photos relating to the story. 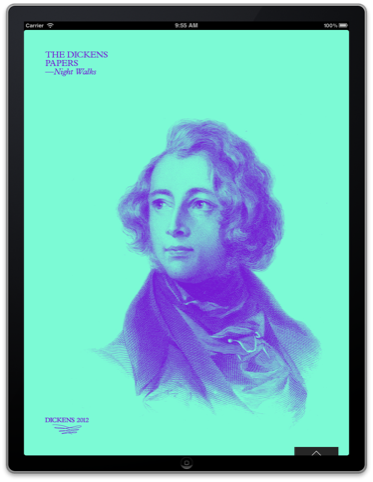 The consultancy has already completed the branding of Dickens 2012, a celebration of the life and works of Dickens, for its clients Film London and The Charles Dickens Museum in London.

Kent Lyons initiated the bi-monthly  newspaper project  and approached The Dickens Museum which will help support the work through its Dickens 2012 celebratory events.

The iPad app and newspapers will launch at Westminster Abbey at a Dickens commemoration ceremony on 7 February.