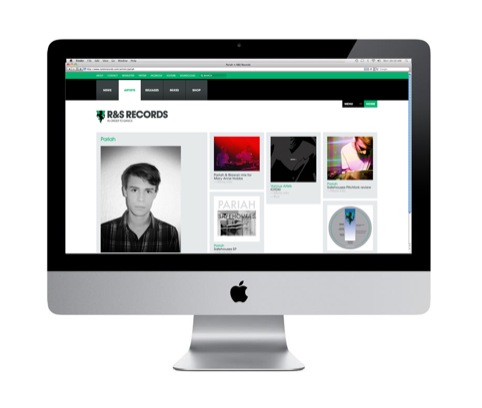 Independent label R&S was set up in Belgium in the 1980s and has released work by artists including Aphex Twin, Derrick May and Carl Craig.

Kiosk was appointed to redevelop the website in September 2011, according to creative director David Bailey. He says the consultancy worked with Kleber to programme the site.

Bailey says, ‘Since it was a reduced budget, we were given free reign, the only stipulation being that the site must display an abundance of content as simply and visually as possible, without overpowering the user.’

The site is based around a landing page featuring click-through picture panels, with navigation in the top-right-hand corner. 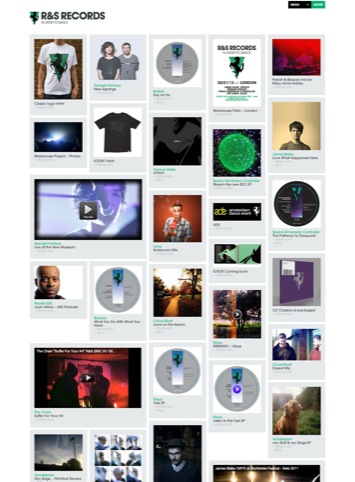 Bailey says, ‘The client liked our Kiosk website and its interactive picture panels. This style of interface is popular with users and designers, as it enables and instant tempting selection of content, while the minimal environment aids visual isolation within a large selection.’

The new site launched this week.