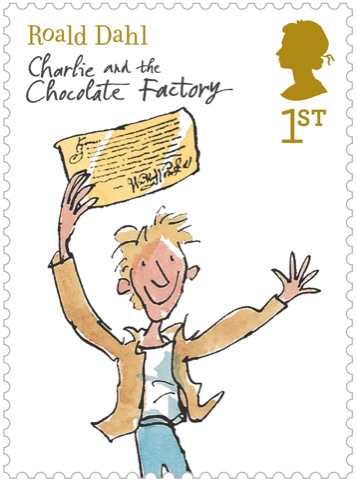 Launching today, the stamps mark the 30th anniversary of  publication of Dahl’s book The BFG. 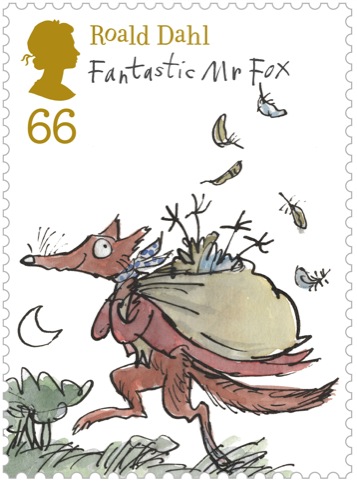 They also feature archived artwork by illustrator Quentin Blake from Matilda, Fantastic Mr Fox, The Twits, James and the Giant Peach, The Witches and Charlie and the Chocolate Factory, with Charlie Bucket and his golden ticket on the 1st Class stamp. 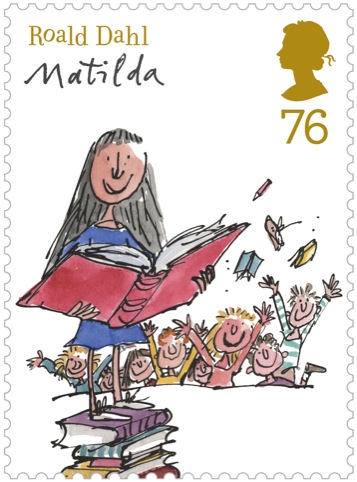 Magpie has a long-running relationship with Royal Mail, designing a set of Winnie the Pooh stamps that were launched last summer, and has been working on this new set for a year. 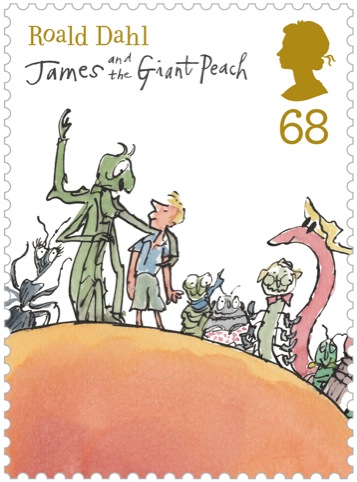 Jamie Ellul, Magpie’s creative director says that the consultancy worked closely with Blake, pulling out ‘really good images that represent the book titles’ as well as commissioning a special illustration of the books’ characters sitting at the hut at the bottom of Dahl’s garden where he used to write his books. 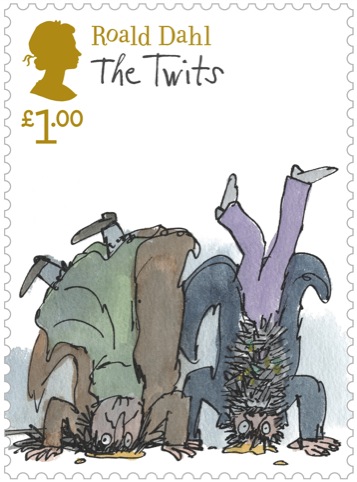 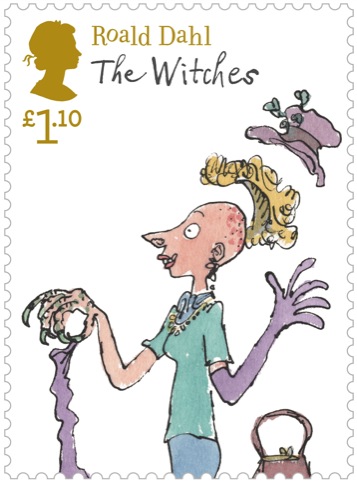 Ellul says, ‘The BFG was only ever illustrated in black and white, so we had to commission Quentin to do coloured versions of the pictures [for the stamps]. It means that the set of illustrations that we used haven’t appeared anywhere else.’

Ophelia Dahl, daughter of Roald Dahl, says, ‘This is an excellent way for us to kick off a year of celebrations to mark 30 years in print for The BFG and it’s great that the stamps include a collector’s set, devoted to The BFG and other characters from this book.’