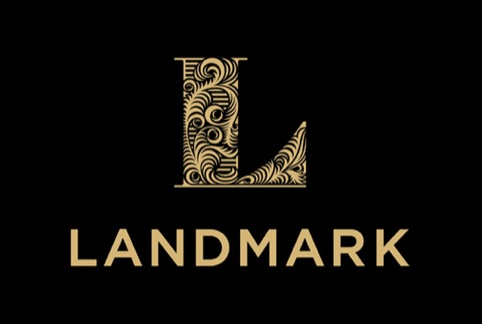 Owned by Hong Kong Land, Landmark is one of four luxury retail and office complexes joined by a system of walkway bridges.

The others: Princes Building, Alexandra House and Charter House,  have all been brought under the Landmark name as part of strategy work instructed by consultancy Circus.

Circus recommended Pentagram two years ago according to Pearce, who says Pentagram won a pitch to carry out the work.

‘For us this was about creating a single brand which could unite the luxury retail destinations under one brand,’ says Pearce.

‘The L symbol has been created to be ying-yang or male-female,’ according to Pearce, who says, ‘It represents the steadfastness of the building, offset by floral abstractions of flora and fauna – which would have been on the site when it was a shoreline before it was reclaimed.’