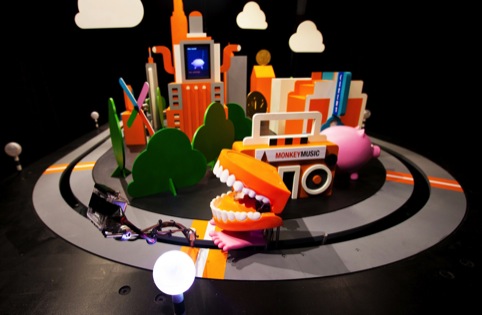 Orange’s phone fund initiative rewards customers by donating £1 toward their new phone every time they top up with credit.

Poke, which is Orange’s lead creative consultancy, was asked ‘to do something novel with Twitter and Facebook which would promote the Phone Fund product,’ according to Poke partner Nicolas Roope.

Online conversation by Orange customers who use the hash tag #phonefundprizes through Twitter, drives a set of chattering teeth around a track, on this website. 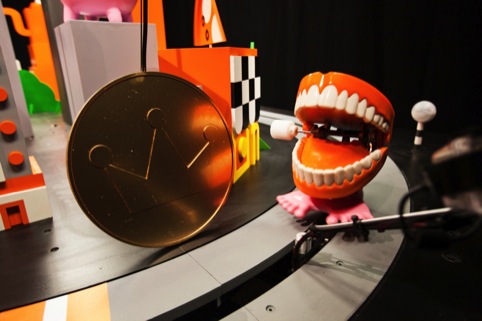 Alternatively connecting to Facebook via the game drives movement every time a customer updates their status.

Customers can view the physical movement generated by their online conversation. When a beacon is set off by the teeth, that customer receives a prize.

‘It’s a creative equivalent of the product, which shows the more you talk, the better it is for you,’ says Roope who stresses ‘they’re chatting anyway on Facebook and Twitter, so just need to add the hashtag.’

Poke commissioned robot builder John Nolan to create the teeth and set design consultancy We Are Made, to build the set from which the game is filmed and broadcast live. 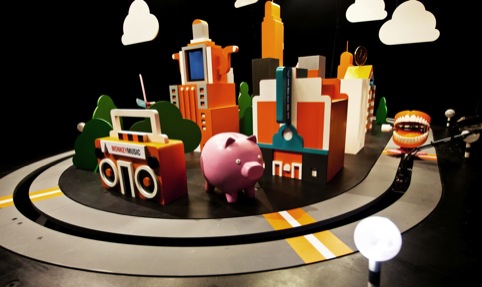