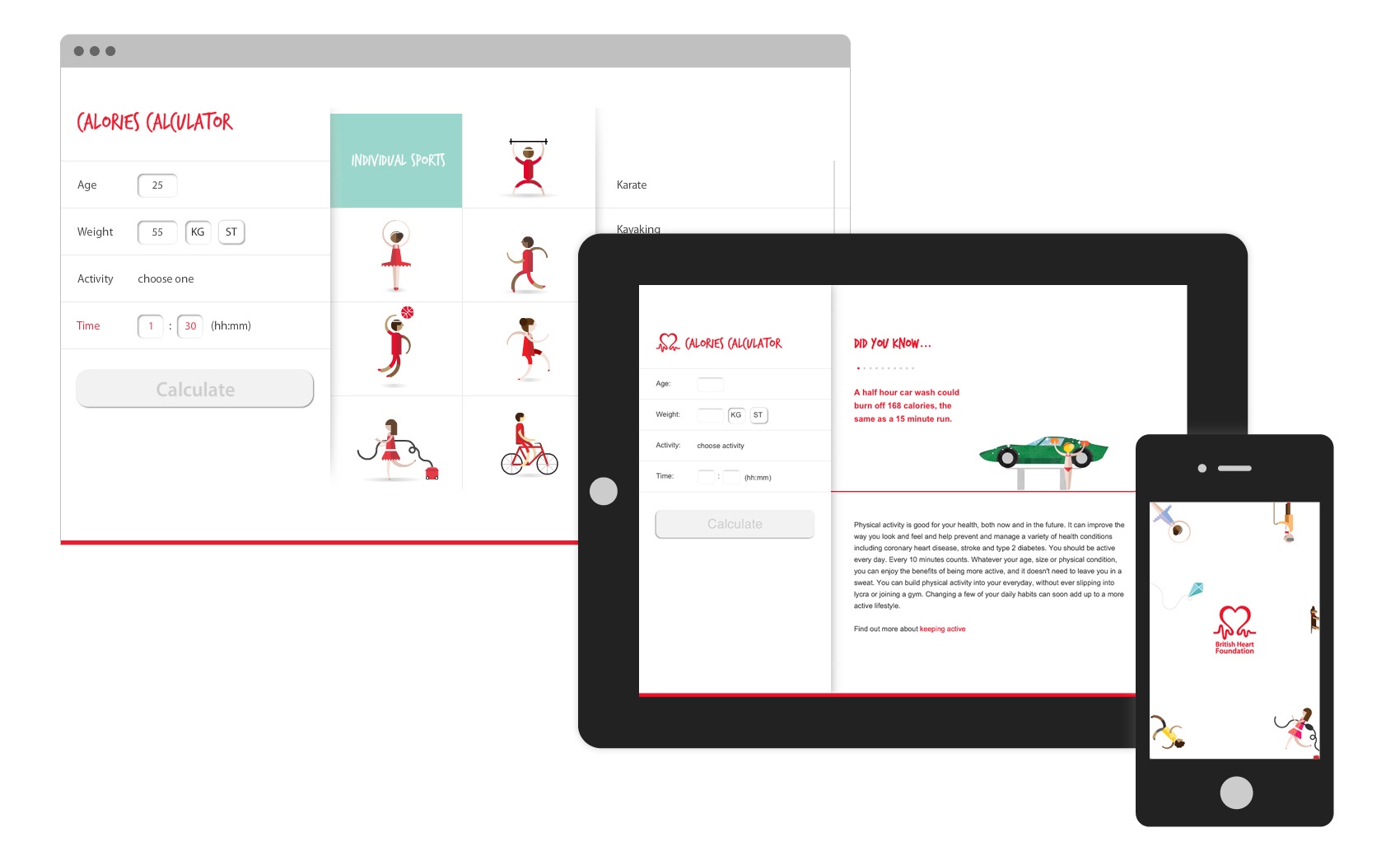 The consultancy, which has worked on several BHF projects, won a three-way pitch last year after the charity identified that ‘calories calculator’ was a popular search term and sought to have its own created.

Sennep designer and illustrator Graziano Monteleone was tasked to visually communicate a ‘light hearted and humorous’ approach to highlight how daily tasks like ironing and washing the car, help burn calories.

Senep project manager Barrie Bloor says, ‘We wanted to design something that would appeal to a broad audience. Simple, almost geometric shapes were used to create the friendly characters.

‘We felt that animation was an important aspect of the project; it helps to inject some playfulness and a human element to the calories calculator.’

The calculator (which can be viewed here) can sit within desktop browsers, as a web app for iPad and iPhone and for Android devices.

Who is Rupert Ray?