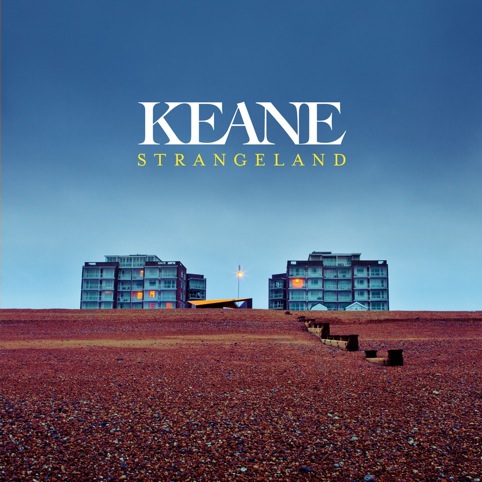 The cover uses a shot of the seafront at Bexhill, a reference to the album track Sovereign Light Café, which pays homage to the seafront café on Bexhill Parade where the band would meet as teenagers.

Tourist was appointed to the work by Island Records and worked with photographer Alex Lake on the cover.

Tourist creative director Rob Chenery says, ‘We wanted the Strangeland sleeve to come across as quite familiar yet abstract at the same time.

‘One of the band’s favourite images was a view of some apartments taken from the shoreline, which was shot at first light when only one or two lights were visible in the apartments. To add to the surreal nature of the cover, some of the buildings either side were digitally retouched out.’

The album is also available as a super-deluxe CD/DVD hard book, and Tourist is also working on the singles campaign.