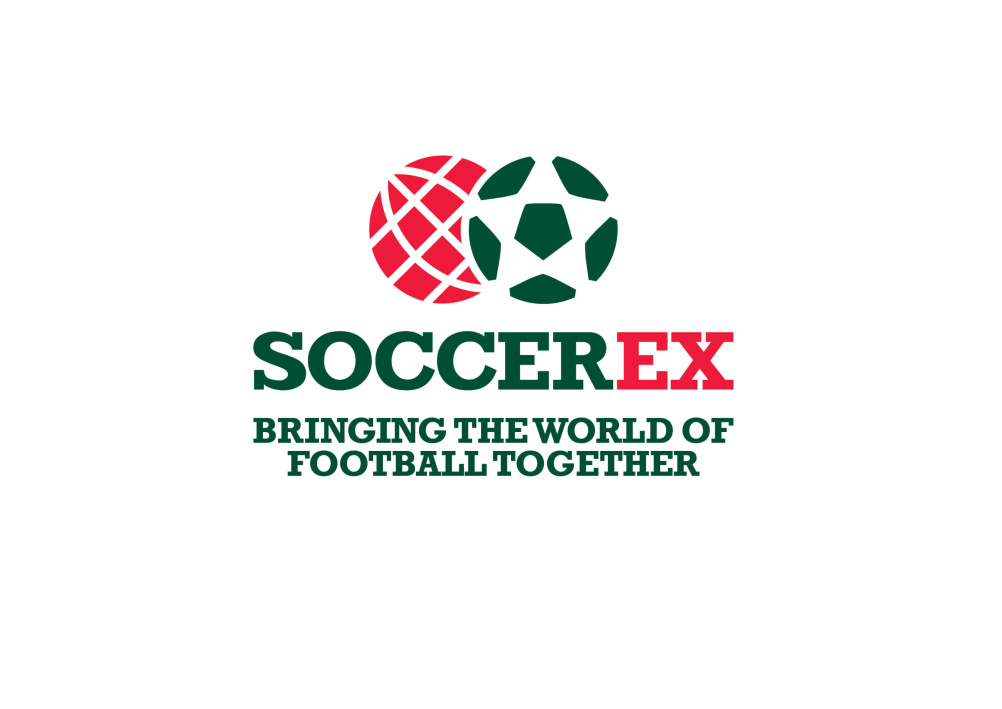 Soccerex’s globe and football icons have been redrawn to give more clarity according to Designwerk senior designer Scott Wilson who says, ‘The old globe especially was quite complicated and we needed to simplify both elements so they’d work better digitally.’

Soccerex runs a series of conferences around the world, and each product has been represented with a different colour. 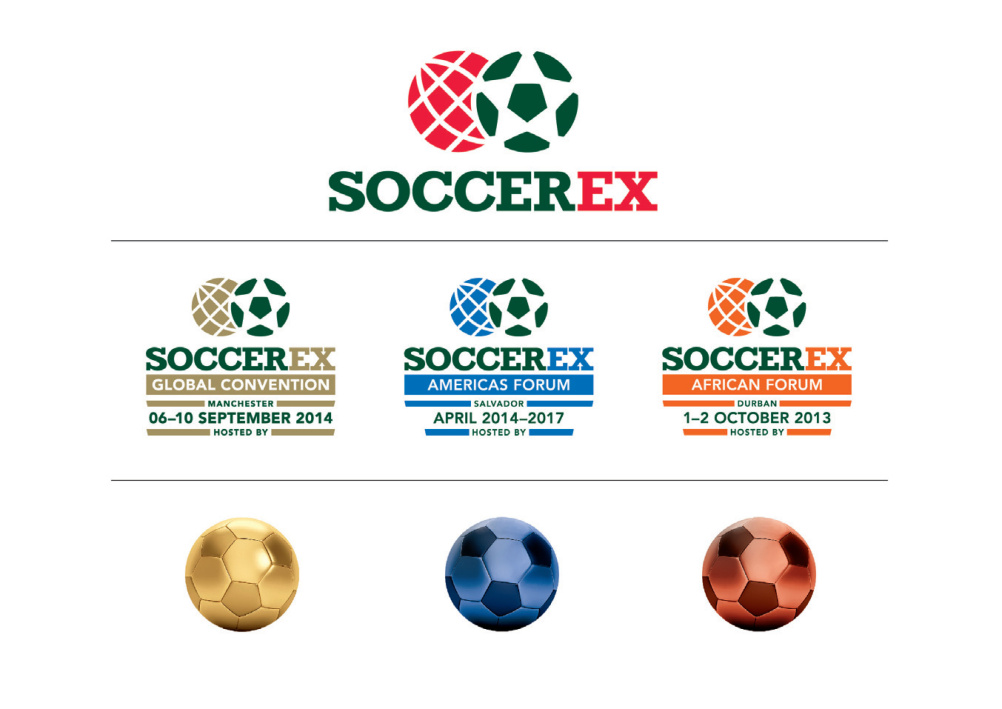 The flagship event, Global Convention appears in gold, the Americas Forum is blue, and the African Forum is orange.

A new hierarchy has been established so that the identity always appears first, followed by any information on event type and location – ‘The who we are, what we are and where we are,’ says Designwerk senior designer Scott Wilson, who describes the new brand as ‘a modular system.’ 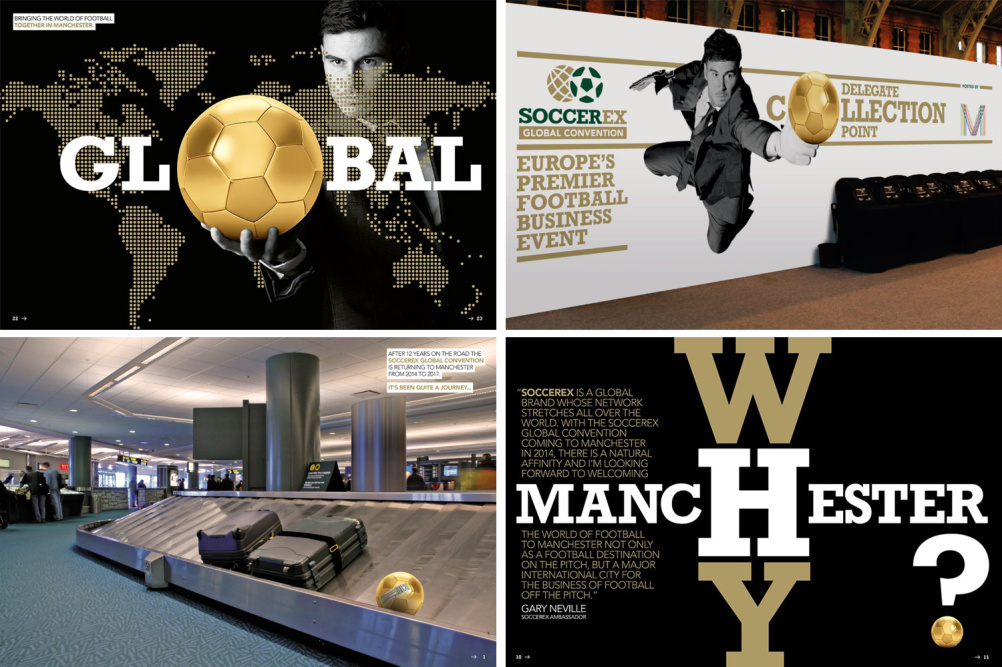 To represent the dual aspects of business and football Designwerk says it developed ‘a simple concept of a businessman playing football’ which has been illustrated with newly commissioned photography. 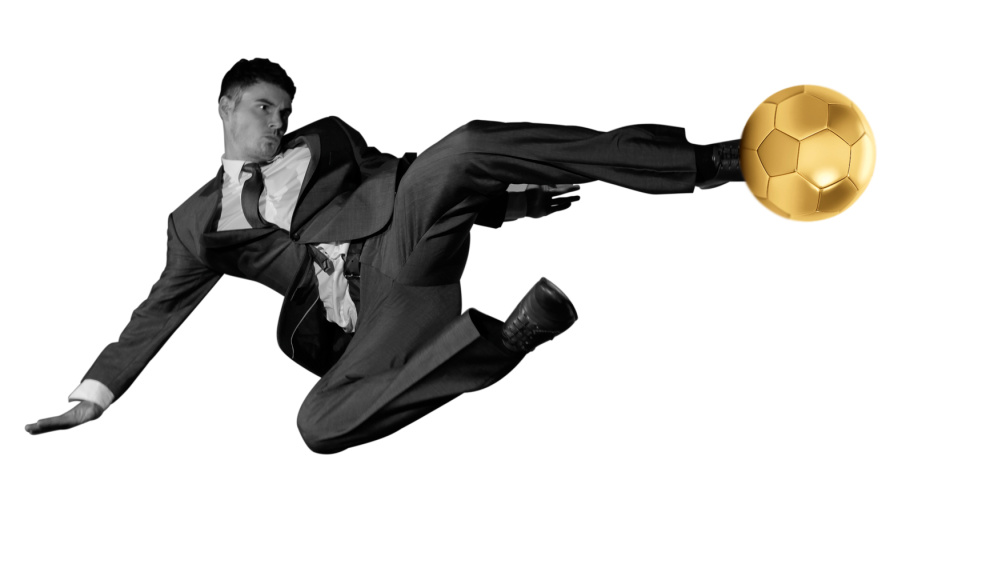 Combined with ‘a golden soccer ball’ these elements help ‘hold the new Soccerex identity together across all media’ says Designwerk. 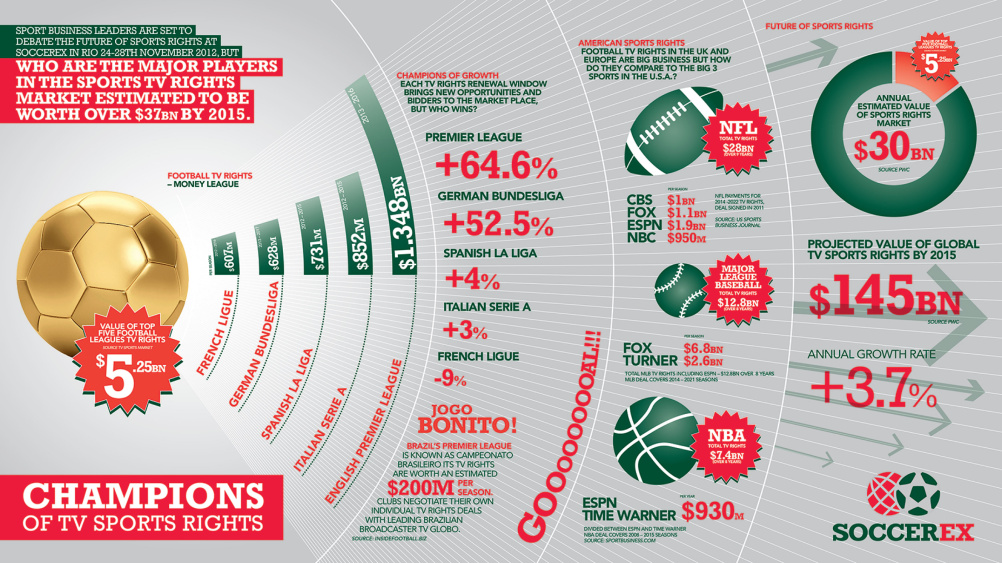 The new brand was due to launch at the Global Convention in Rio de Janeiro, Brasil, on the eve of the World Cup draw last week but the event was cancelled when support was withdrawn by the Rio state government.