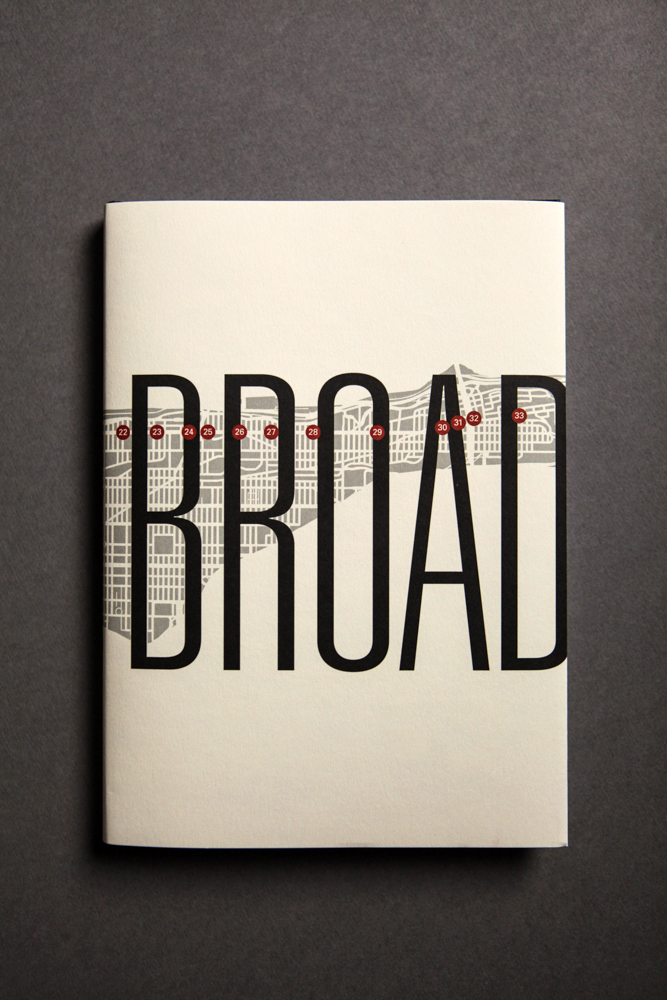 Baxter and Bailey has designed a book which tells the story of a project by London-based editorial and fine art photographer Alys Tomlinson, who walked the 14-mile length of Broadway over several visits, each taking around ten hours. 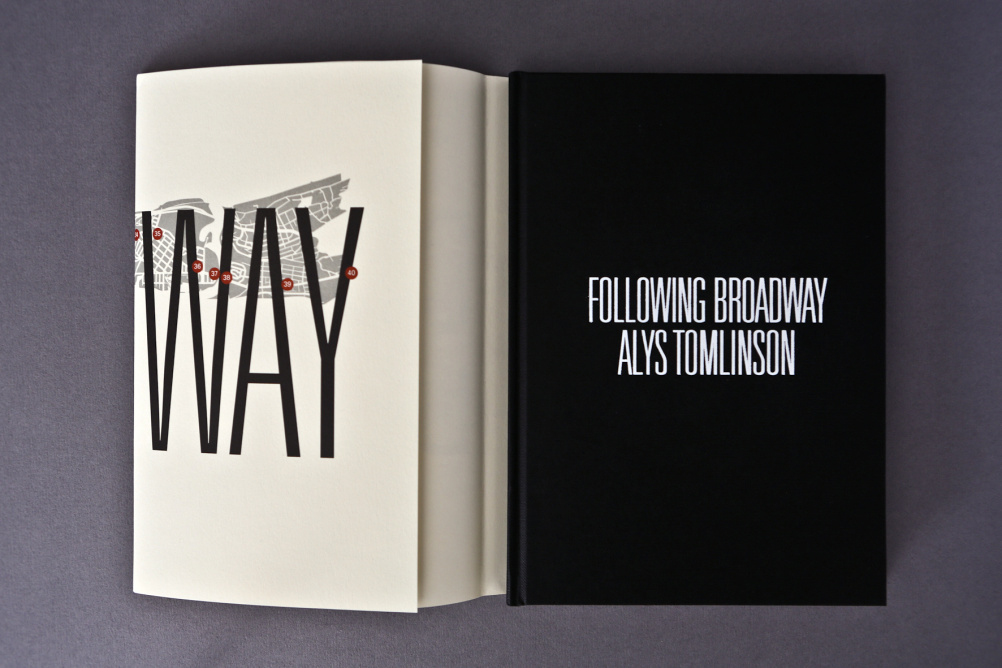 She shot on film with a heavy Pentax 6×7 camera and Baxter and Bailey says ‘the photographs are testament to her dedication to capture the people of a city she fell for in the late 90s, after getting her first commission to shoot all the images for the Time Out Guide to New York.’

The hardback book with white foil text has a wraparound cover which pinpoints the exact spot that each portrait was taken, and maps the route she took as she walked. 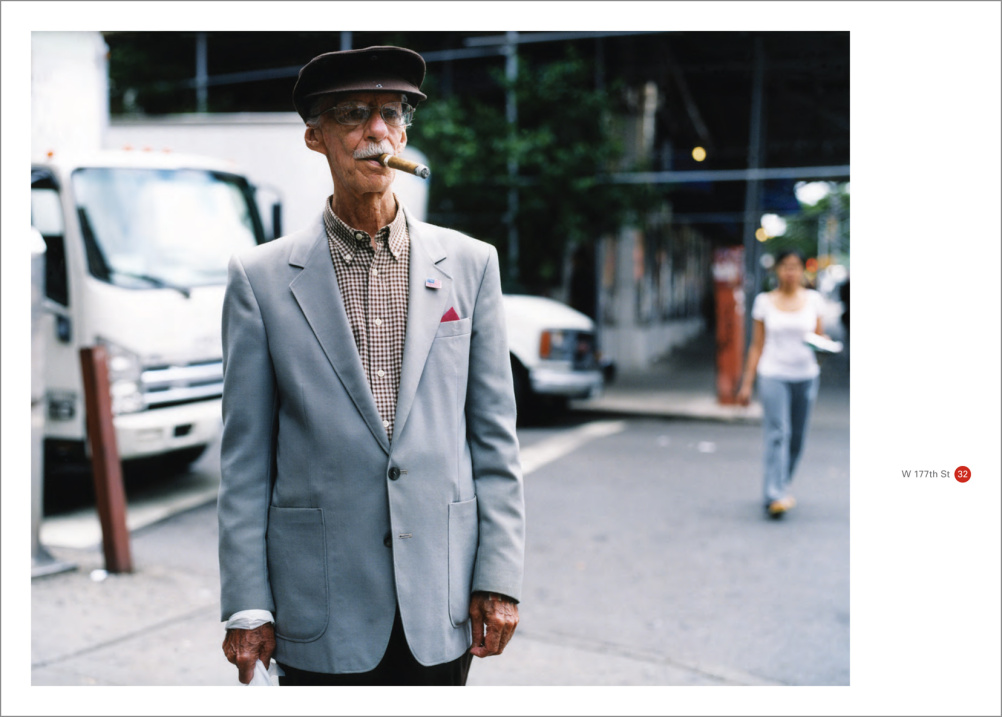 Creative director Matt Baxter says, ‘We’ve collaborated with Alys Tomlinson several times over the years on client work, but this time she was the client.’ 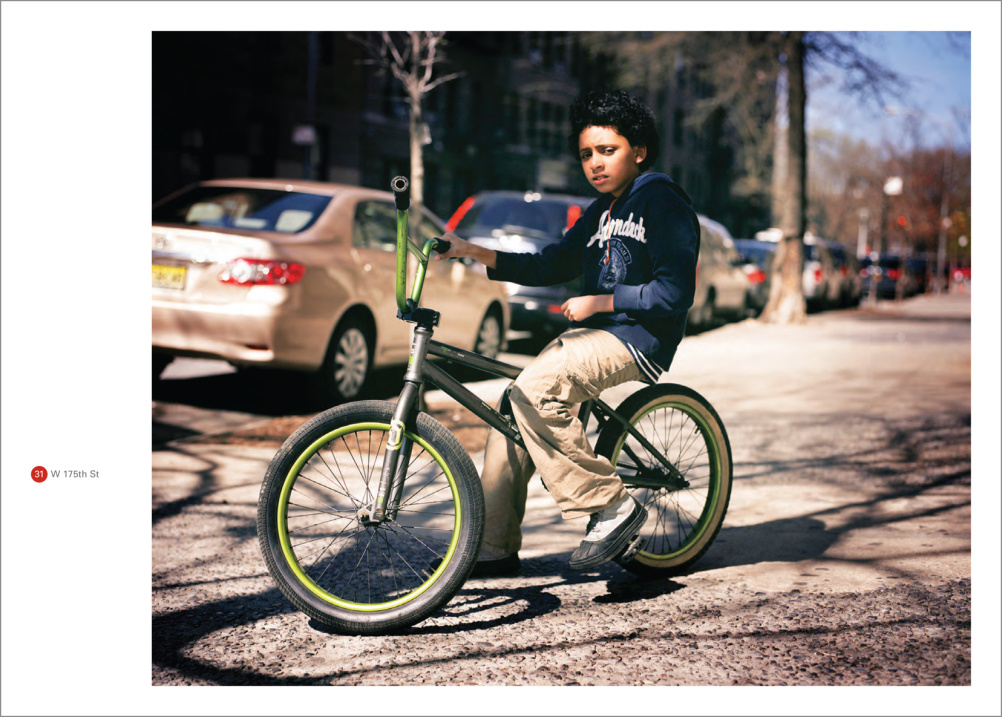 Lucy Davies, art and photography critic at The Telegraph, writes in the introduction of the book how ‘the final collection of images embraces both the wide-eyed, lemony light of morning and the soft lenience of early dusk. 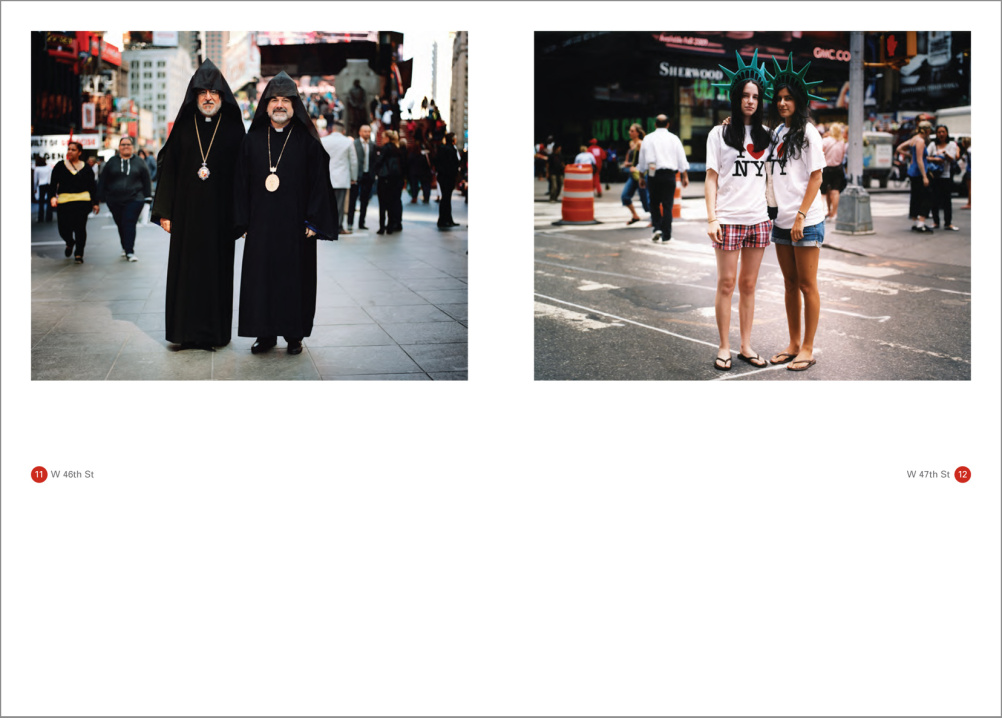 ‘Together the portraits present an authentic encounter with a city in miniature, capturing the strange, fizzing incoherence of street life.’ 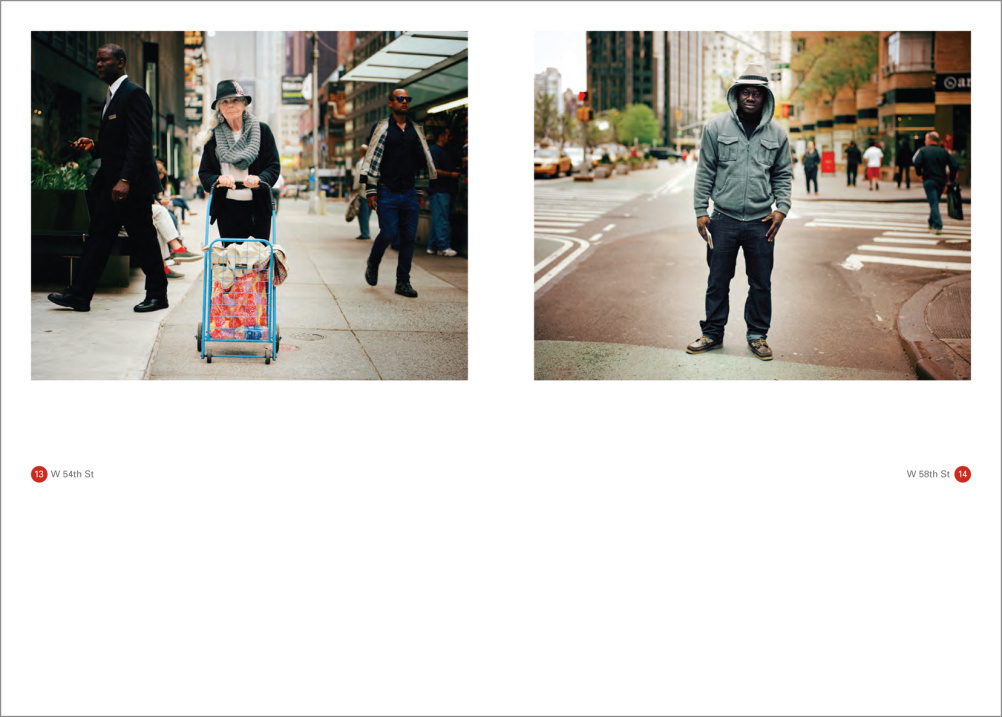 Following Broadway is published by Eyebox Publishing as a limited run of 250 books and contains 40 colour photographs over 52 pages, priced £20.

The Story of Design