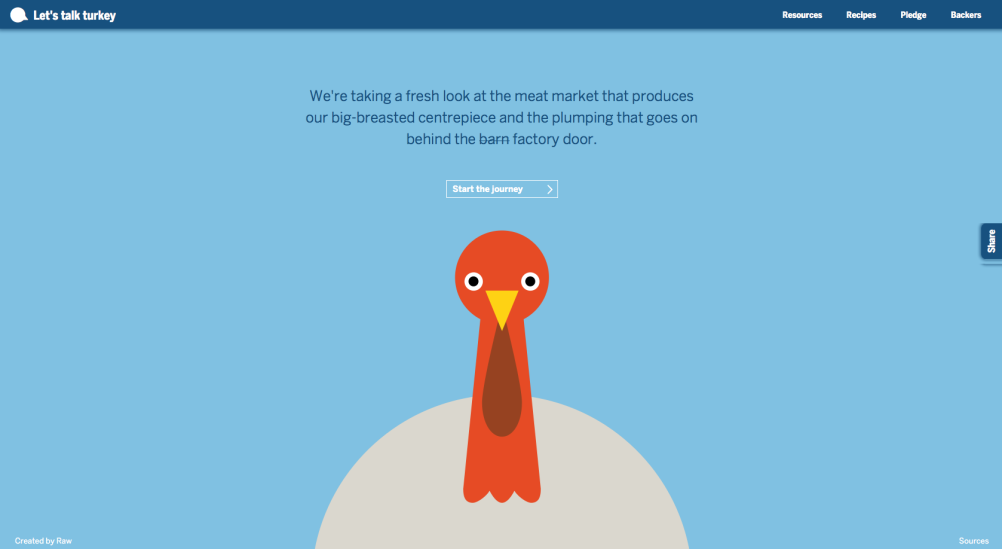 Raw has created an interactive website that takes the use on a journey through the life of a factory-farmed bird.

The Let’s Talk Turkey site is perfectly-pitched, with graphic details about factory farming balanced by some cute and cheeky animations. 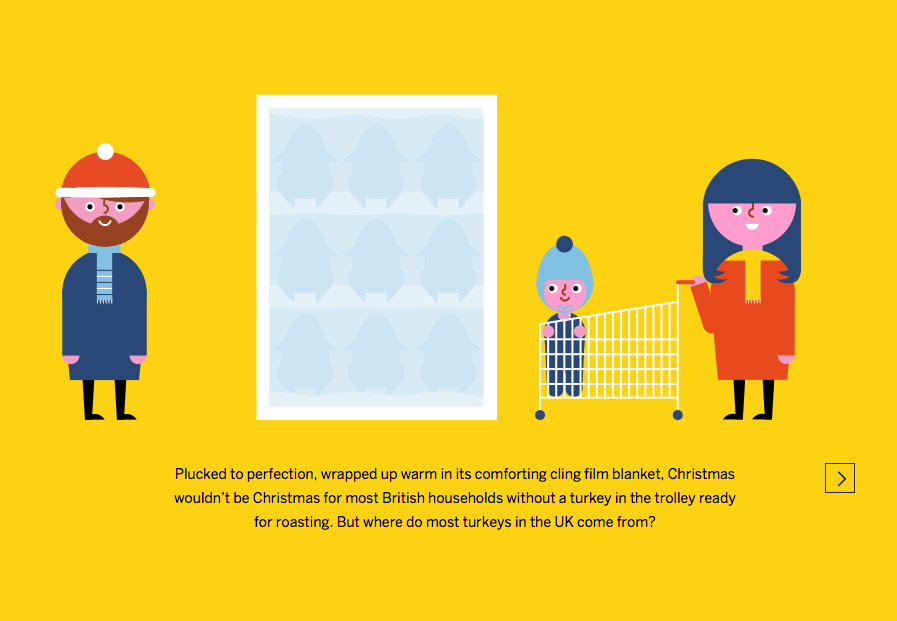 This means that the user comes away educated about, but not overwhelmed by, the realities of factory-farmed poultry.

Raw says it avoided ‘shock-style video tactics’ in favour of a ‘softer’ approach, which still confronts people with uncomfortable truths about de-beaking and use of antibiotics. 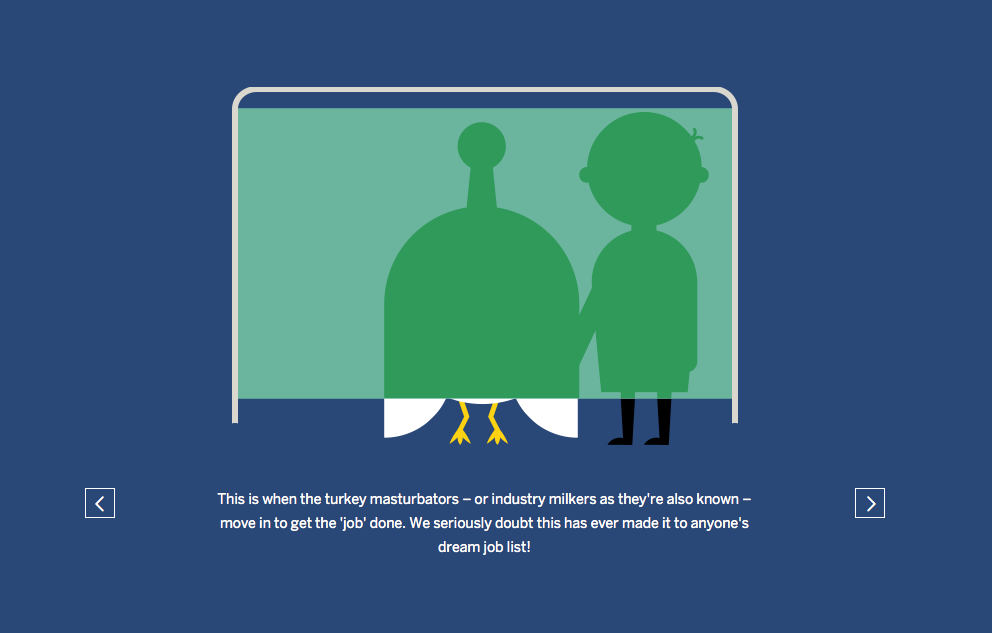 For those looking for alternatives to factory-farmed turkeys, the website also features details about free-range organic farming and meat-free Christmas dinner alternatives.

Rob Watson, creative director at Raw, says, ‘We have worked with food chains in the past but this year has seen a real shift in our own studio culture, with four out of the seven of the team being predominantly vegetarian, and with the horse meat scandal earlier in the year, more and more people seem to be waking up to the realities of the factory meat industry.

‘The problem we see with many mainstream activist campaigns is that they all to often have the opposite effect or are poorly executed. We really wanted to create something that was simple, engaging and positive, showing audiences that there are so many other options to choose from.’ 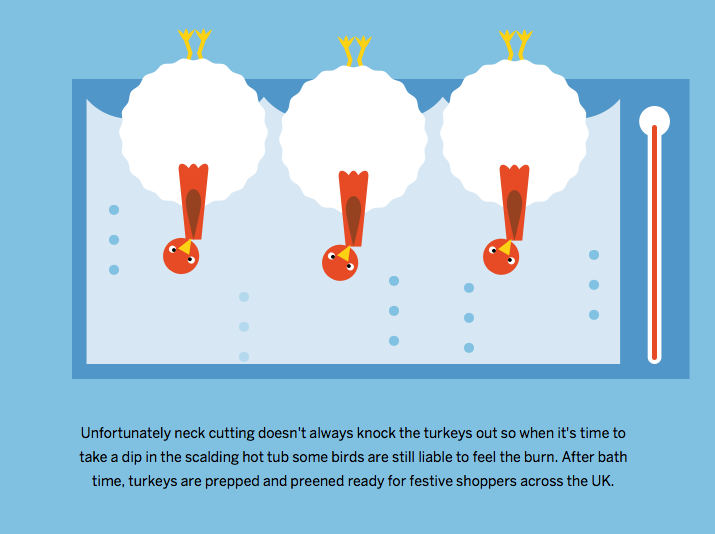