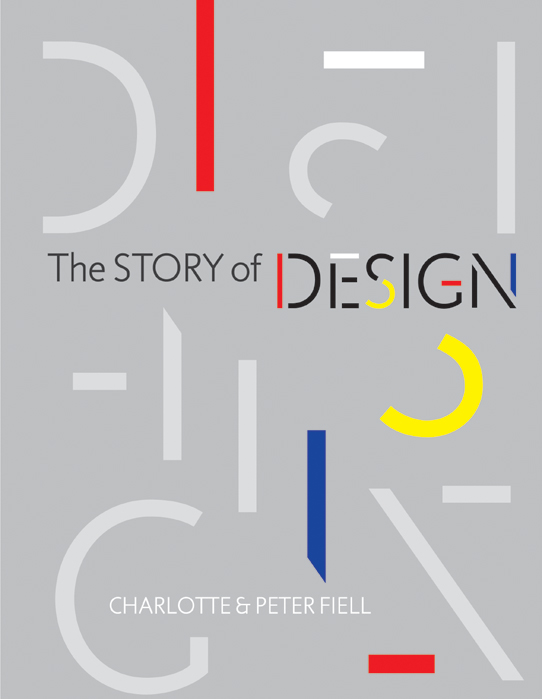 The book is (possibly) unique in telling the entire story of design, from the first Homo Habilis bashing one rock against another to create a tool, to Jony Ive putting the finishing touches to an iMac.

But it’s not telling a new story, it’s actually telling one of the oldest stories around – because the history of design is, effectively, the history of human civilisation.

Design, as the Fiells point out, is ‘integral to human existence… simply because every man-made object is a designed object’.

The book traces the functional development of design, from individually-made tools to the dawn of mass-production – evidenced in Roman-made firmalampen – and from the guilded craftsmen to industrial production right up to 3D printing (although the recent move towards the democratisation of design through technology is notably absent).

But where the book makes its mark is not just in linking all these developments and movements together, but what they meant to wider society, and the people who interacted with those designs.

For example the development of guilds helped raise the status of the craftsman, while Samuel Colt’s handgun was a pioneering moment in mass-production and mass-marketing.

And while the authors predict a future in which ‘smart’ designs will lead to the physical, tangible aspects of design being reduced, the discipline of design, they say, ‘will continue to shape society’.

The Story of Design, by Charlotte and Peter Fiell,  is published by Goodman Fiell priced at £30. Visit www.carltonbooks.co.uk.