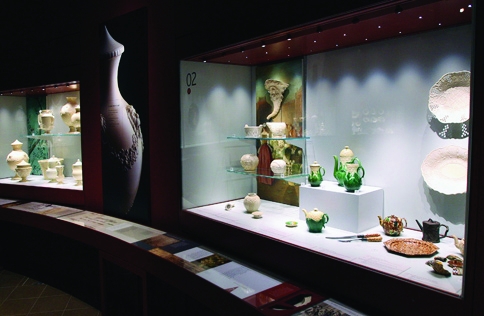 The Wedgwood Collection was built up over a period of 250 years. It was started by Josiah Wedgwood in 1774 and in 1906 Wedgwood & Sons set up a permanent museum to host the collection.

Alongside samples of Wedgwood Pottery are rare manuscripts and letters, pattern books, works of art and photographs.

The collection was at risk of being sold off to cover the debts of the Wedgwood Museum Trust, which inherited £134 million in liabilities following the collapse of the UK subsidiary of Waterford Wedgwood Plc.

The Art Fund set out to raise the £15.75 million needed to buy the collection with a public appeal – and hit its target two months ahead of its deadline. It also received support from the Heritage Lottery Fund.

Administrator Begbies Traynor has now completed the sale of the collection to the Art Fund.

The Art Fund will now gift its collection to the Victoria & Albert Museum, which in turn will allow it to stay at the Wedgwood Museum in Barlaston, Staffordshire.

Tristram Hunt, MP for Stoke-on-Trent Central and Shadow Secretary of State for Education, who played a role in negotiations to save the collection says: “It’s absolutely fantastic news and I would like to congratulate all of those who have worked so hard over the past few years to preserve this incredibly important piece of heritage.

“The items contained within the Wedgwood Collection chart a significant part of Britain’s cultural development over centuries and play a crucial part in defining our national identity today.”