The consultancy says that its solution had to speak to many audiences and use the visual language of the GLA. 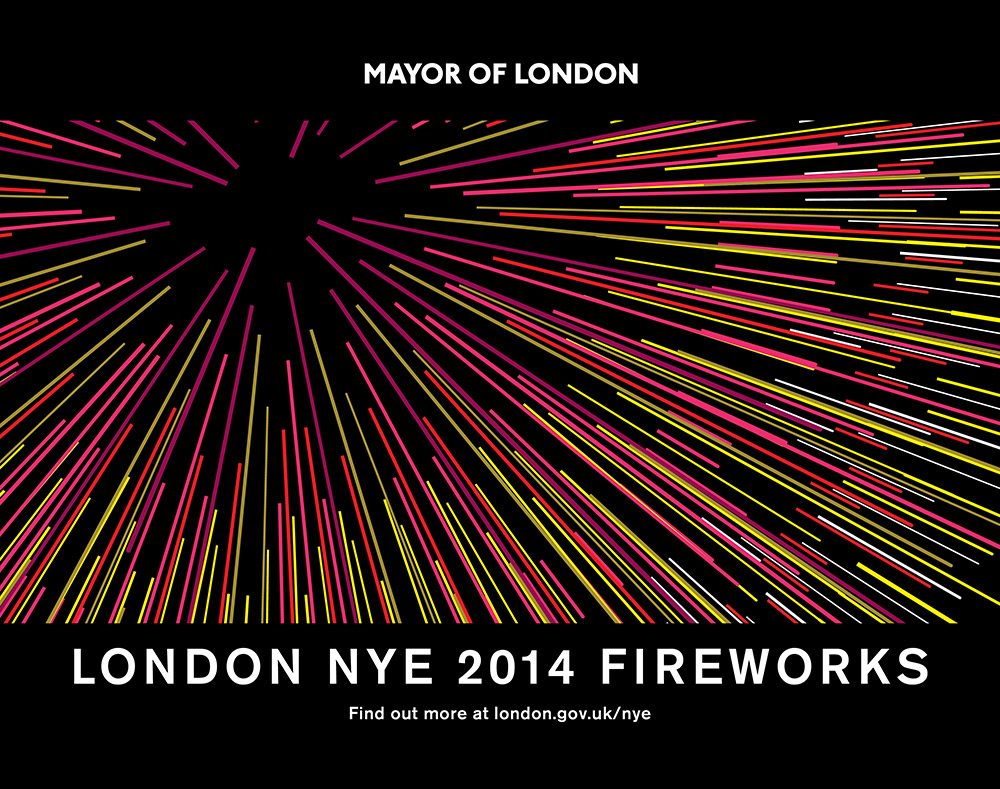 Consequently the Mayor’s office says it has made the event ticketed this year to limit numbers and invest the revenue into marshaling and infrastructure.

Cog was tasked with producing a campaign that could roll out in three stages in order to sell tickets, inform the public that tickets had sold out and remind people not to come to central London if they didn’t have a ticket. 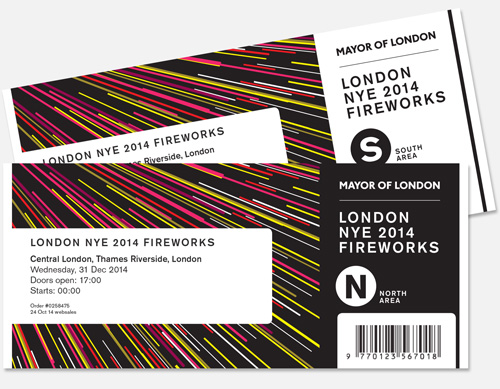 The consultancy says the design needed to be both “exciting and promotional” and “sober and informative”.

The whole campaign was conceived, approved and implemented within a week, says Cog, which worked closely with the GLA marketing team, initially proposing a range of possible routes. 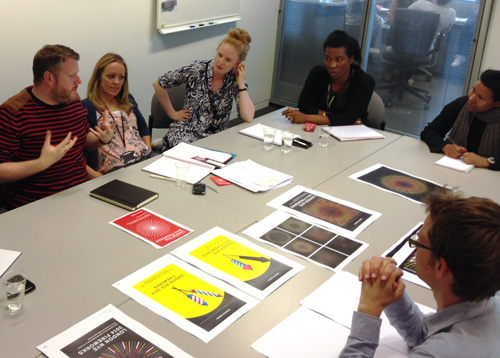 It was thought that the abstracted rocket burst worked the best as it could be abstracted across a wide range of materials, including animated screens and banners.

The campaign was implemented in planned stages beginning with announcement and information posters before rolling out digital advertising and printed tickets. 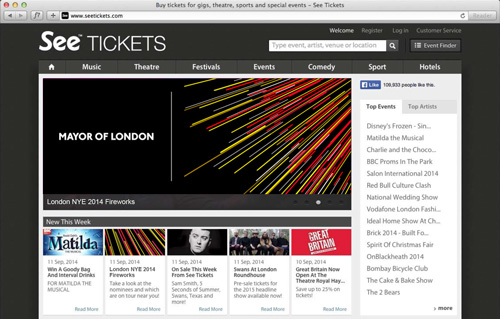 Materials were handed over to the in-house GLA team so the designs could be adapted to suit “any eventually” Cog says.