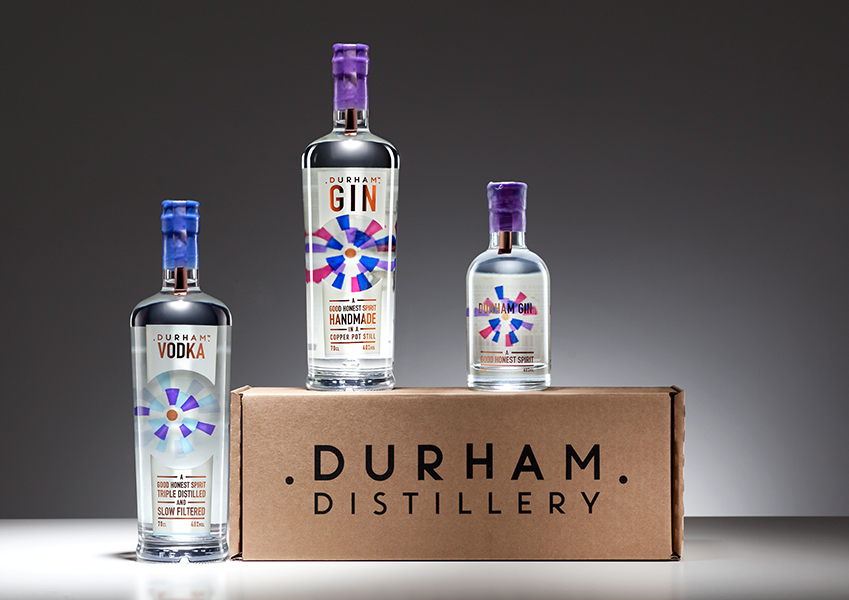 The consultancy has created the visual identity for elements of Durham Distillery including product packaging, label design, delivery packaging, digital presence including website and social media, and printed promotional materials such as posters and leaflets.

The initial identity design for the brand, including the first version of the website and gin packaging, took six months.

The master brand of the new design is the roundel-shaped logo based on the cathedral’s window, which is complemented by copper and deep, palatinate purple colours – both representative of the city of Durham, says Merlin Duff, brand consultant of Wonder Stuff Studio. 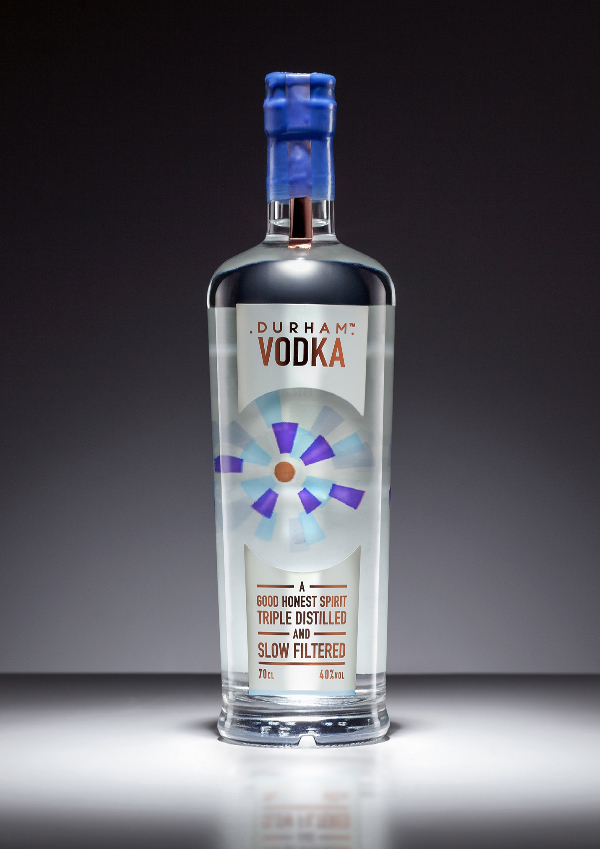 “There are three different tones of purple to give an idea of depth,” says Duff. “For each product brand, the dark purple remains, but the lighter shades are swapped in for other colours. Vodka is always promoted by the concept of purity, so we’ve got a very crisp blue shade, and a lighter shade, to reinforce that it’s a light, soft vodka.” 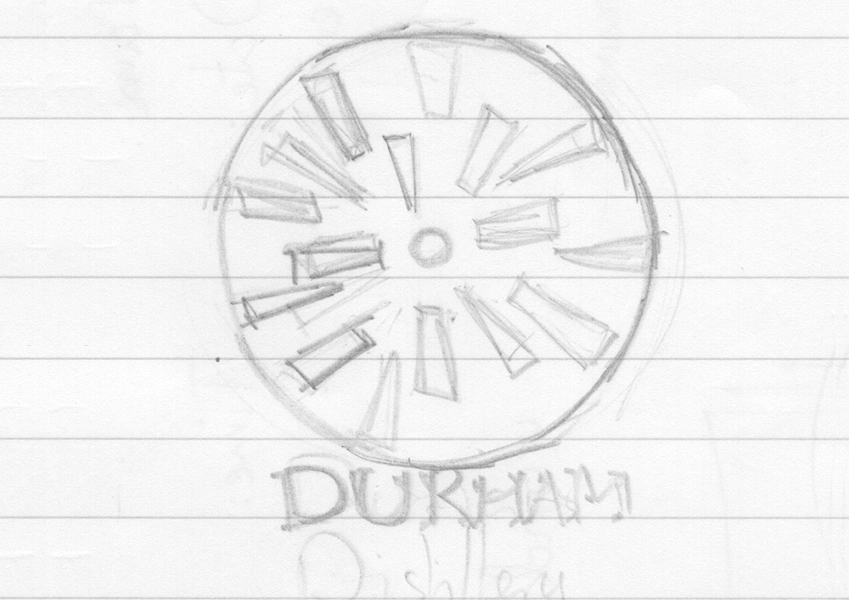 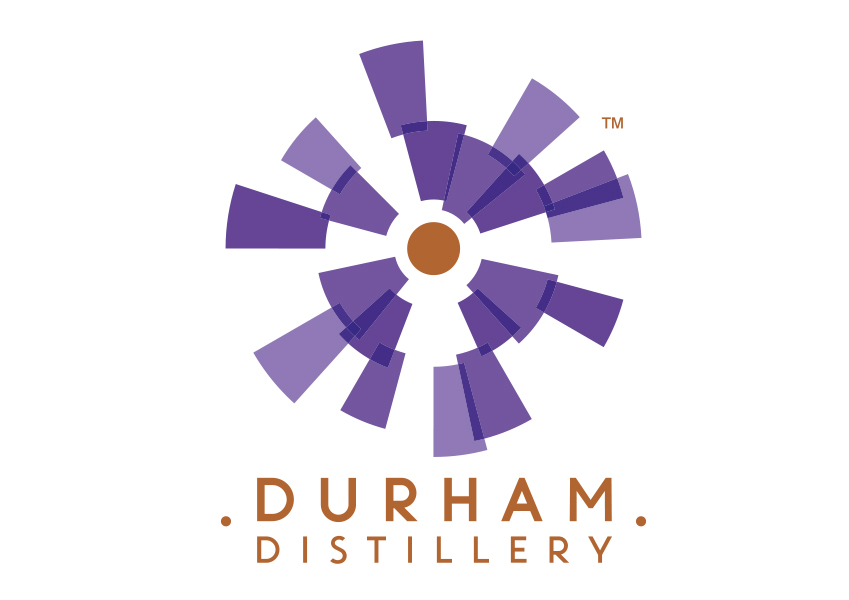 Duff says that the design team were inspired by the stained glass window because of its diversity. “There are different areas of colour and tones in stained glass, which quite easily relate to different flavours, methodologies and ingredients,” he says. “This allows multiple products to be branded in a way that all sits in one big system easily.”

The design is based on a fifties’, art deco style to help it to stand out in the market, he says. “Art deco is abnormal in spirit branding, and has a strong, bold graphic style,” he says. “The spirit marketplace is very crowded, particularly in the craft distillery niche. Durham Distillery project director Jon Chadwick wanted us to create something with a genuine point of difference – so we didn’t want to go down the obvious route of the craftsy, Victoriana style, which would have looked lovely but wouldn’t have worked for what he wanted to achieve.” 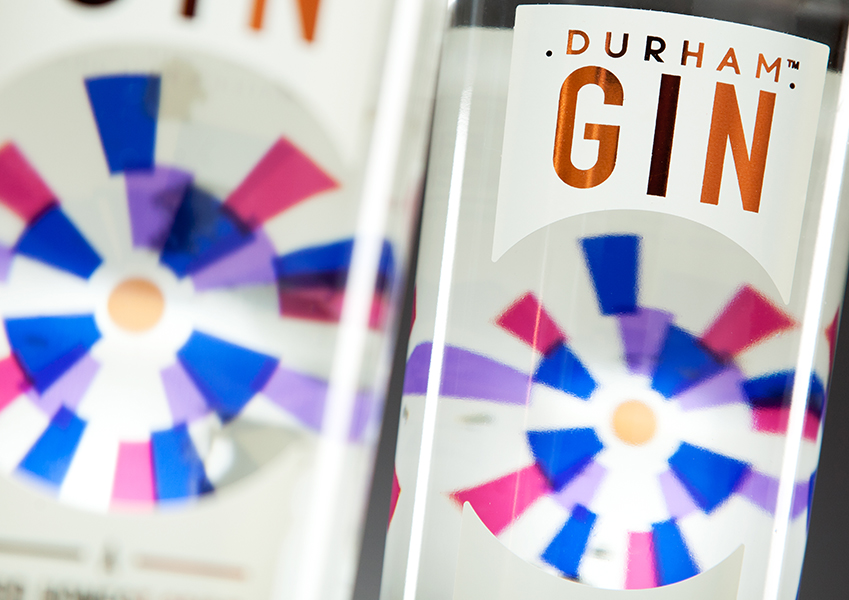 The pointed and curved shape which the brand name sits in has been made intentionally jagged to catch the customer’s eye, says Duff. “The round cut points on the label capture the eye and focus it on the centre, where the stained glass window logo is,” he says. ”We’ve used this technique to draw people’s eye to what is essentially a clear liquid.”

Durham Distillery, launched in March 2014, makes and sells a selection of spirits including vodka and gin, as well as other seasonal limited edition drinks such as a gin-based summer alcoholic drink named Summer Fruit Cup.

There is hope to extend the brand to a wider range of spirits in the future. Durham Distillery also hopes to raise its profile through more brochure advertising, concepts such as a travelling bar and a more responsive and eCommerce-focused website.