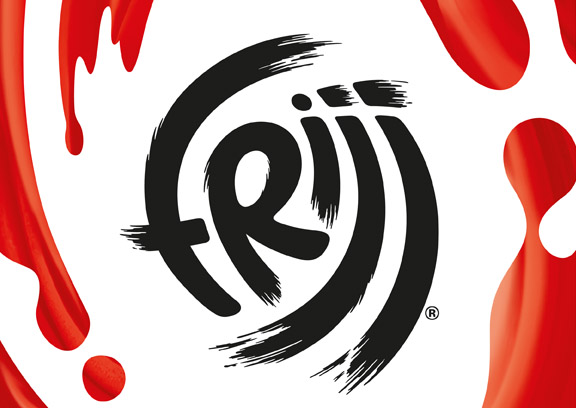 FRijj, owned by Dairy Crest group, approached BrandOpus to undertake the project. The consultancy has previously worked on other brands owned by the group, such as Country Life butter, and Clover.

The new design features a stretched, spun effect on the type and imagery – this has been used to convey movement, says Paul Taylor, executive creative director at BrandOpus. 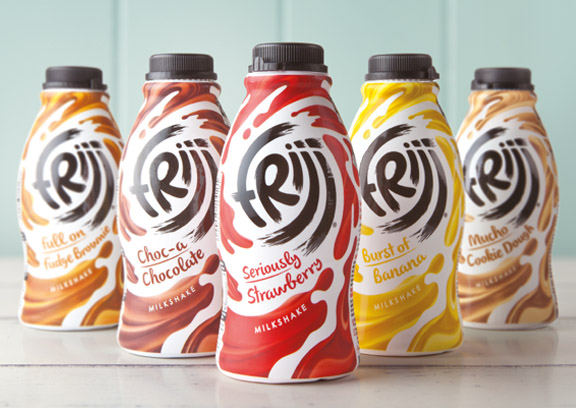 “Our brief was to inject full on fun into the brand,” he says. “We created this new logo which evokes the idea of a spinning Catherine wheel. We then tried to take the historical cow print of FRijj and turn that into an energetic reflection of the product being shaken, reflecting the idea of a milkshake.”

The typography of the logo and blurb has also been recreated. “It has a much looser, hand-written feel, again reflecting the movement that we’re trying to convey in the design,” Taylor says.

The new packaging look has been implemented to refresh the brand, which has had a consistent look and feel for a long time. Taylor says: “We wanted to move away from some of the generic patterns in the old design, to make the brand feel more energetic and of today.” 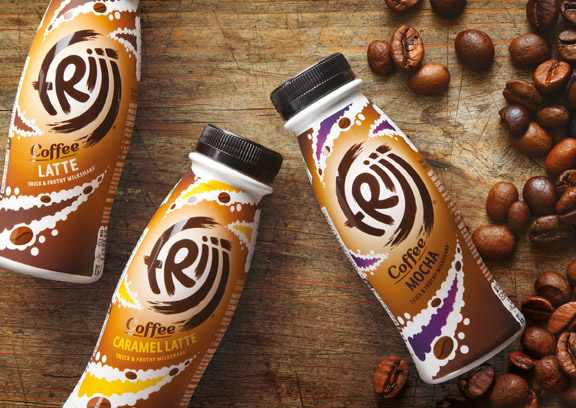 Alongside the redesign, FRijj has also recently introduced a new coffee flavoured product to its range. “There was also the challenge of new products,” Taylor says. “We had to create an new identity that would allow us to introduce new ranges into the brand as well.”

The new design will be available across packaging and point of sale products, with hopes for it to extend to online platforms in the future. The design process took nine months.

SomeOne repositions Sovereign Luxury Travel as deliverer of “paradise”