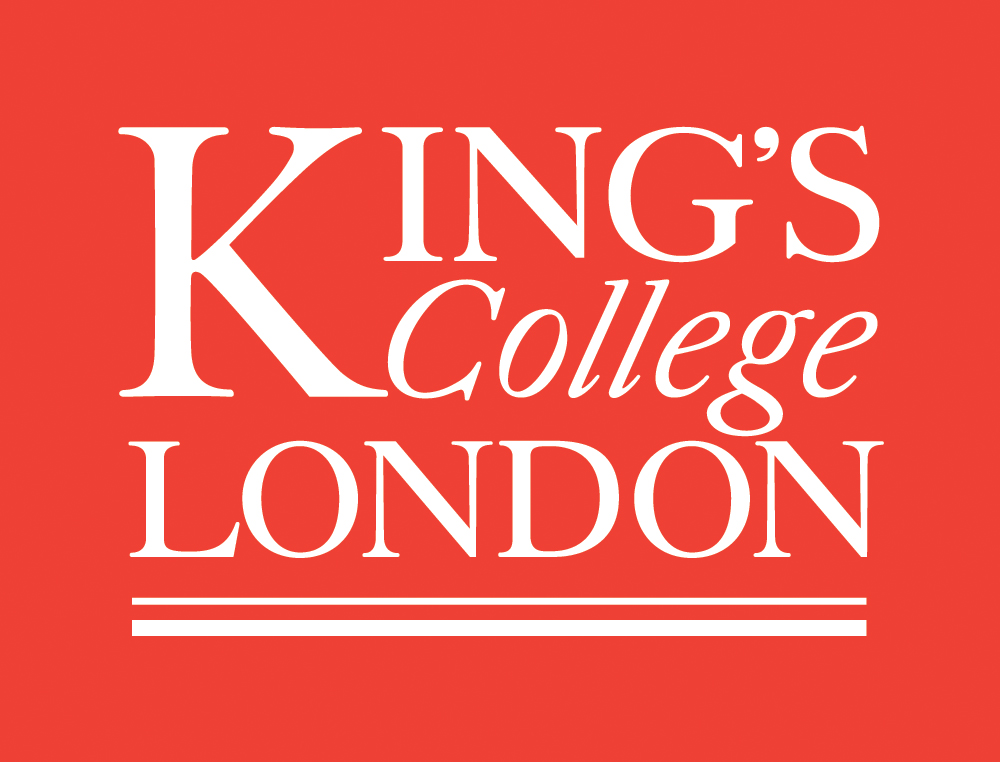 Design management consultant and coach Jan Casey has helped several companies avoid any roster turbulence by offering a management solution that brings about transparency, cooperation and return on investment – and now she is doing the same for King’s College London.

It was while advising Land Securities between 2005-2007 that Casey’s methodology first took shape. The solution, Casey says, is based around three strands: critique, knowledge sharing and stimulation. At the British Heart Foundation she helped appoint a design and copywriting roster of eight consultancies and then saw that these groups came together regularly to present their own work to each other and to learn new skills and best-practice. There was even time allocated for inspirational field trips en-masse or for speakers to come in to give design talks.

During the following two years Land Securities won more creative awards than any other company in the UK, according to Casey. One of these was Client of the Year at the Design Week Benchmarks in 2007.

Casey says: “Projects might be at different stages but everyone working on them knew how work should be aligned with the brand and a level of quality was assured.”

Her methodology enjoyed similar success with the British Heart Foundation, where in 2009 to 2010 she championed the same idea, with rostered groups meeting regularly to share skills and experience and raise creative standards across the board.

The template is still being used in creative commissioning and BHF won a Client of the Year Award at Design Week’s Benchmarks in 2011.

As with Land Securities’ roster, there were eight groups brought on to the BHF roster. Now King’s College London has also turned to Casey, bringing her in following a Europe-wide tender process, which saw a roster established for 12 design groups.

Casey believes that around 8-12 groups is the optimum number for a roster and says: “As long as everyone can sit round a table; it needs to feel a bit like a family and there has to be enough work to go round.” 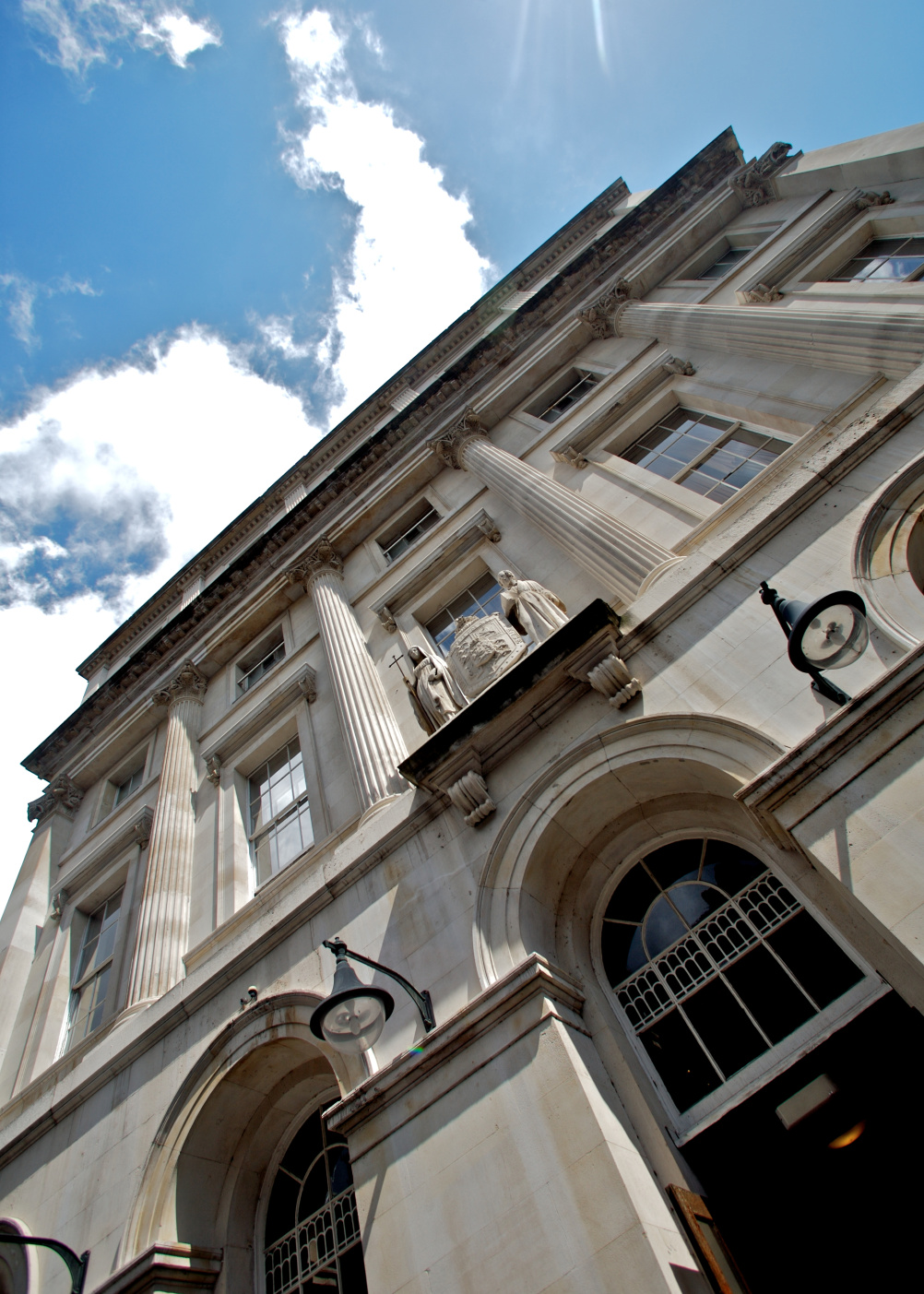 At King’s College London the consultancies will meet every other month to review and critique work. They are at the beginning of a four-year roster, which was founded on 1 October and have already met to share credentials.

King’s College London head of corporate design and brand communications Christine Ayre brought Casey into the project. Ayre is herself a designer and worked freelance for consultancies including Banks & Miles and Coley Porter Bell before joining King’s College London in 1997.

Being a designer is “absolutely essential” to her management role says Ayre. “You need to be able to understand design and not view it just as someone buying a product. I wanted to stop people thinking they were buying a brochure and show them that they were commissioning ideas-led creativity.”

She has been head of corporate design at King’s since 2005, initially managing an in-house design team, which was later lost due to cutbacks in 2008.

Ayre says: “The main thrust behind [the new] roster is to achieve creative and design excellence.”

The university’s current identity was designed by Pentagram partner John Rushworth. Under Ayre’s tenure as head of corporate design she led the in-house team’s evolution of this work.

In particular the Caslon 540 Delicate font, which Rushworth had given the university “performed pretty well” but there wasn’t enough variation and it “performed poorly in small text or bold” she says.

Ayre commissioned the redrawing of the font, working with foundry Dalton Maag and it won a DBA Effectiveness award in 2013.

The new roster is part of Ayre’s vision to build on this success. “We wanted to strengthen our position and to do that it was very important that we created a properly sourced legal roster that could be an essential extension to our team with Casey’s help stimulating group meetings. We’re already seeing a willingness to share knowledge.”

There are more than 200 commissioners at King’s and Casey says: “Let’s make sure all the commissioners know how to commission. They need to know what the roster can deliver and everything needs to be aligned to produce high quality work.”

While the roster has been managed to ensure that both designers and commissioners feel informed, the main reason for organising projects in this way is to guarantee value for money, creative excellence and to raise the profile of design creativity and a sense of pride within the roster and the institution she says.

Ayre meanwhile sees her role as the anchor between the King’s designers and the institutions design commissioners.

To this end she has begun an educational programme on how to commission design so that commissioners know what to do – a process that starts with filling in a briefing template before approaching the roster.

Long-term Ayre hopes that the new set up will help them better control the brand and she says: “With a legally procured list of designers and the force of European legislation behind the choices we know that each project can be properly procured.”

We should note the scale of operation at King’s. There are some 26,000 students from 140 countries and 7000 staff  spread out across five campuses. It’s little wonder that there is a lot to communicate and that this needs to be done as effectively and efficiently as possible.

Procurement rules mean that there are mini competitions for each tender, so the rostered groups will vie for appointment on a given project.

Having a broad range of consultancies ensures that “everyone has a fighting chance and that no one is ruled out on financials” according to Ayres who says: “It’s deliberately set up so we get a cross section of suppliers as we knew that’s what we needed. They have different specialisms – some will be more suited to large conceptual work and others more art working and implementation.”

Atelier Works has already won a project; an exhibition of female professors, mounted on a prominent wall at the Strand Campus. 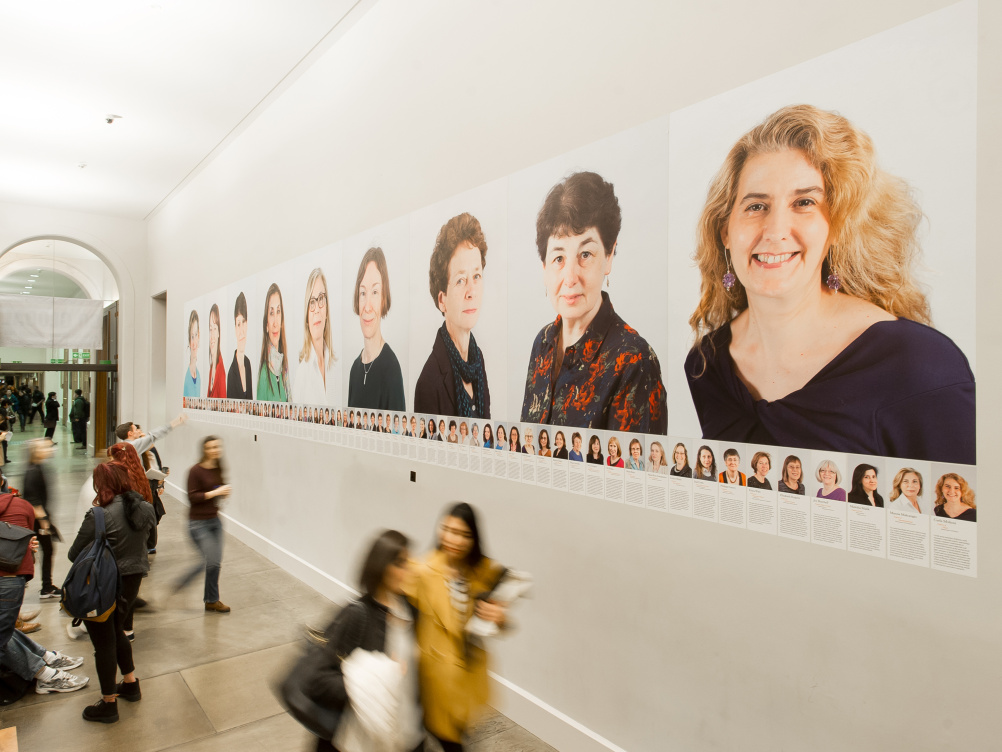 The objective of the commission was to counter unconscious bias, to inspire female junior academics and students and to encourage more women to reach the top of the academic hierarchy.

And there is still one major project on the horizon. In 2012 Saffron was appointed to rebrand the university. It’s appointment pre-dates the formation of the roster and it is yet to be delivered.