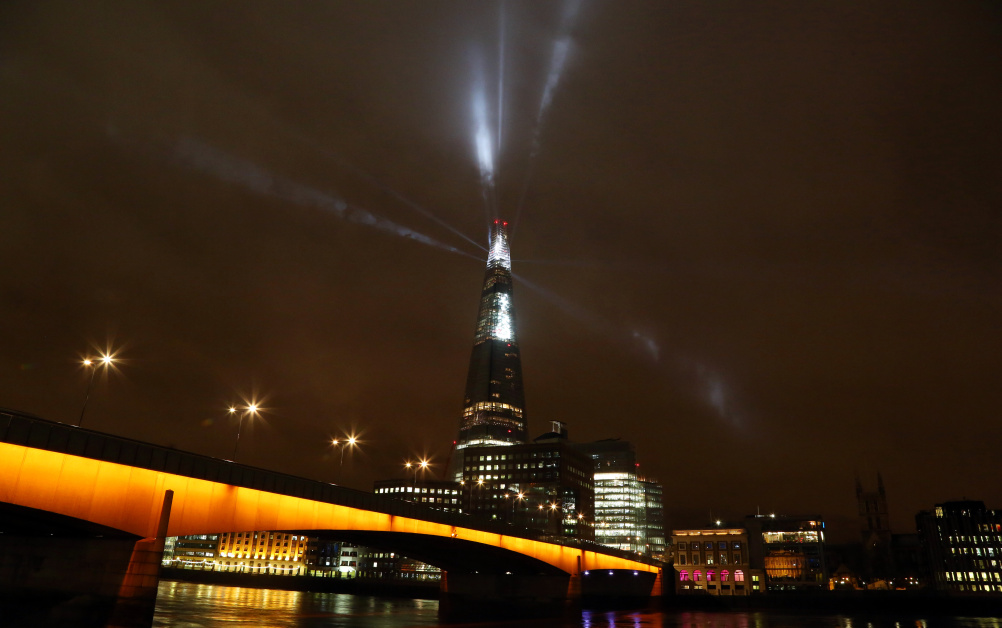 The Shard Lights were installed by 60 team members over 72 hours in the top 40 storeys of the building, with those behind it claiming it is Western Europe’s highest art installation.

“There’s empty space at the top of the Shard that normally has architectural lighting,” says Jason Bruges. “We wanted to animate this and bring it to life.”

From 19-31 December, there will be a light display from 5pm until midnight that will change daily.

“The daily change in the lights is reflective of London having different moods and energies,” Bruges says. “Some days the lights will be pulsing, other days there will be thematic and sequenced light shows, and on others there will just be lights that gently sparkle on the skyline.”

Equipment includes searchlights, moving headlamps, lights that pan and change colour, and smaller units that back project on to an installed glass surface to create a strobe effect. The spire of the building has also been filled with mist, which will be released as a canvas with which to project the lights onto, Bruges says.

The weather will affect the nature of the lights, he says. “When there’s high clouds, light and colour will bounce off them. The big searchlights will be dependant on how much moisture there is in the air – winter weather will help to bring them to life. On clear days, the spire will be a big beacon that people can see for miles.”

The lights finale will be on New Year’s Eve, when it is synced to coincide with the Fireworks Display, and will include searchlights, sparkling strobes, a colour wash and a graphic projection of the countdown to 2015.

“We wanted to create an unprecedented installation that takes an architectural icon and turns it into a piece of public art as a gift that every Londoner can enjoy,” says Irvine Sellar, joint owner of The Shard.

Bruges says that the installation was a logistical challenge. “It’s similar to a rock set or large Broadway projection,” he says. “So we’ve essentially built a theatre in the sky – we’ve installed it into a vertical city, rather than on a stage.”

“We were dealing with high winds and heavy equipment,” he says. “But being able to create something on this epic scale was worth the effort. Once the lights are installed they are controlled remotely, so we can sit in the warmth and enjoy them.”

The installation is being managed by stadium and theatrical events company Production Resource Group, which has supplied equipment and helped with installation. Lighting company SGM has created the moving head LED lamp for the display and provided many of the luminaires for the display. 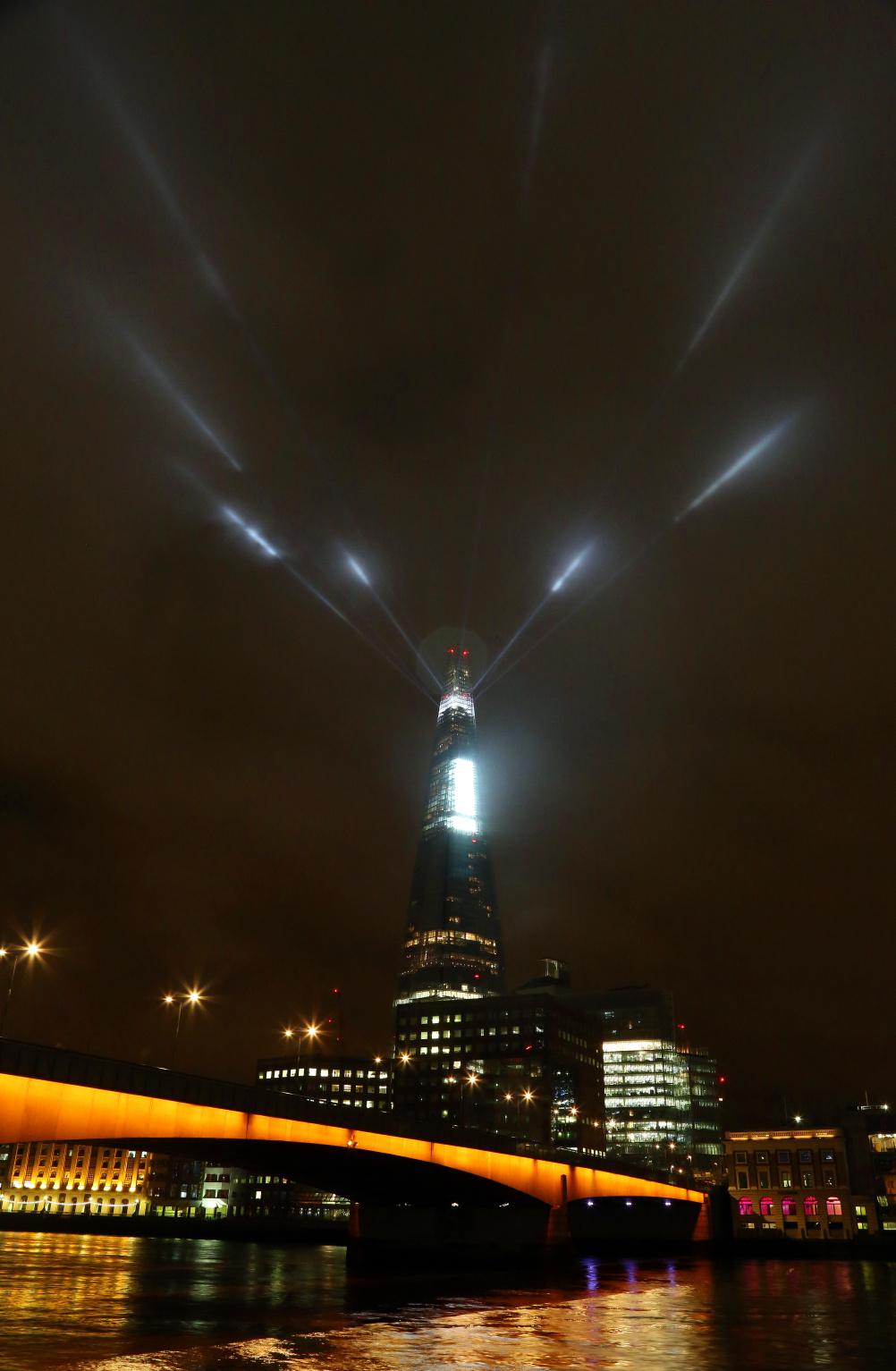