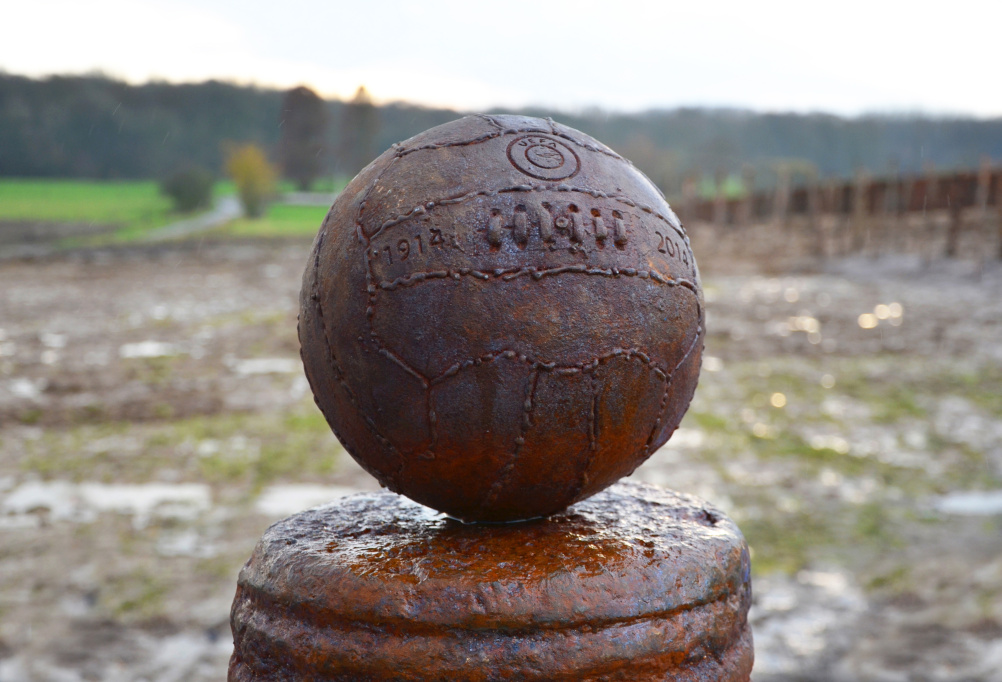 The new sculpture has been created to mark 100 years since the British and German troops celebrated a day of peace between their trenches in Belgium by exchanging gifts, singing Christmas carols and organising a game of football.

UEFA commissioned Designwerk, which came up with the creative idea for the memorial. The consultancy then commissioned props and exhibitions company MDM Props to create the sculpture – George Barden was head of installation, Harriet Hill created the sculpture and John Deller was metal finisher.

The sculpture is a replica of an eight-inch exploded shell from the site of the football match, which has been expanded to be one-metre high. It has an imitation period leather football on top, which has a copy of a newspaper from 2 December 2014 embedded inside it, marking the day that the sculpture was finished. The memorial is made from steel with a rust effect. 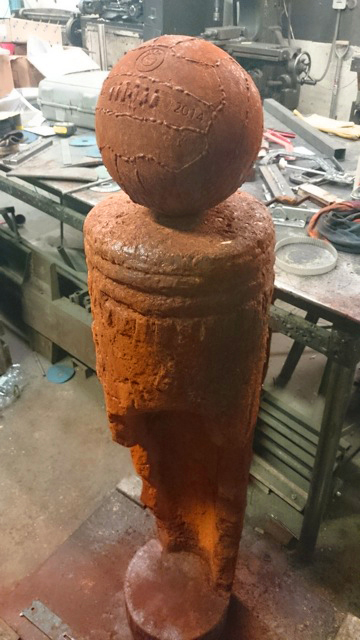 “We wanted to create something poignant, so we placed the newspaper inside the ball to represent a time capsule,” says Cristian Cook, creative director at Designwerk. “It’s something to represent 2014 and how things have changed.”

It sits on a stone platform, and has two cracks extending from the base, which turn into representations of the two war trenches. “The trenches are a symbol that the human spirit can override any sense of conflict,” Cook says.

The memorial was revealed today at the site of the football match – a field in Ploegsteert (known as Plugstreet) village near Ypres in Belgium – as part of a ceremony conducted by federation president Michel Platini.

The local community came to watch the ceremony, which also included re-enactments of the historical moment with actors dressed as World War One soldiers from both English and German sides, and a brass band.

Who is your favourite children’s illustrator and why?