Design – which is classed in the Department for Culture, Media and Sport figures as product, graphic and fashion design, is shown to be worth £2.5 billion a year. The design sector, according to the figures, accounts for 116,000 jobs.

This gave Chancellor George Osborne reason enough apparently to refer to a “Golden Age” for the creative industries as he announced new financial measures in his Autumn Statement at the beginning of the December.

In his earlier Budget announcement, Osborne had outlined a series of cost savings and tax breaks that he said were aimed at “makers” and “doers”. This included a permanent new Seed Enterprise Investment Scheme and a doubling of the Annual Investment Allowance.

Later in the year, Osborne announced a more targeted tax break. He introduced a VAT cut for the Design Museum which will mean that when it moves to its new home in South Kensington in 2016 it will be able to open its doors for free.

Design Week took the opportunity of the announcement to interview the Chancellor about what the Government was doing to support the creative industries. While pointing to various mechanisms such as tax credits, Osborne did admit that the design sector “Is a very diverse sector with diverse issues – there isn’t a single instrument you can use to tackle them”.

This year has also seen the launch of the new Creative Industries Federation – a membership body for businesses, organisations and individuals across the creative industries.

With members including the BBC, the Design Council and the Design Business Association, the federation plans to launch research and lobbying projects to improve the sector’s standing.

In terms of key issues for the industry this year, a big one was the introduction of the Intellectual Property Act, which made design copying a criminal offense. There was a certain amount of confusion however over what the bill would really mean for designers.

We asked the Intellectual Property Office to outline exactly what designers need to know about the Act.

There were also continued rumblings about the state of design education. Among those who criticised the current system included Victoria & Albert Museum director Martin Roth, who said education left too many design students lacking “basic skills”. Meanwhile a D&AD report found that 90 per cent of designers thought design education was failing students – and teachers complained that “more able” students were being discouraged from studying design at school.

This year also saw the introduction of the new Design & Technology curriculum in schools. D&T Association chief executive Richard Green talks us through the changes to the system.

Another big issue at the time was the Scottish Independence Referendum and its possible impact on the design industry north of the border. A number of Scottish consultancies – including Dog Digital and Freight Design – came out in favour of independence. The consultancies that we spoke to however were rather more ambivalent.

And finally there were some new faces dealing with design at the top level of Government. Sajid Javid, a former banker, was named as the new Culture Secretary. His predecessor Maria Miller stepped down in the wake of a Parliamentary enquiry into her expenses. 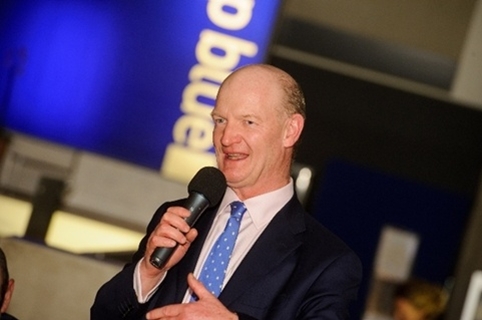 And David Willetts, the Minister for Universities and Science who oversaw the 2010 Temple Review, which saw the Design Council reformed as a charity, also stepped down. He was replaced by Greg Clark.

The biggest innovations of 2014