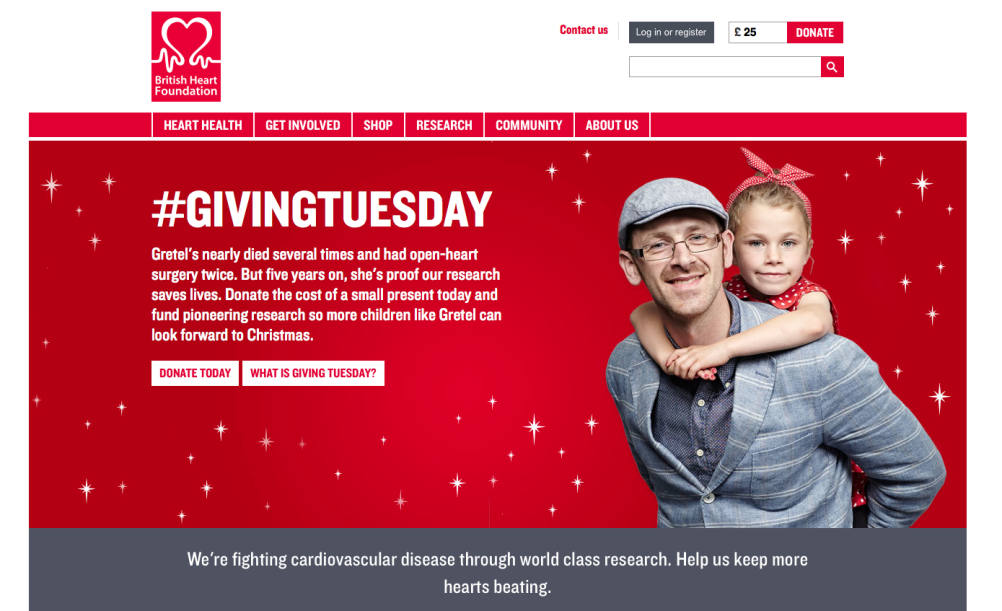 BHF approached Precedent, which regularly works on charity redesigns, to create a new site that would encourage donations and fundraising.

Pal Bhachu, design director at Precedent, says that the focus of the digital strategy was in bringing human stories to the forefront of the site, built around BHF’s brand statement – A fight for every heartbeat. “They’ve adopted a more aggressive, proactive tone, and we want to reflect this through case studies and narratives,” he says. “We want to put stories of real people in there.”

On the new homepage, a hero banner will show case studies of individuals, such as fundraisers or survivors, which link to the donation process, and video content with lengthier stories, Bhachu says. 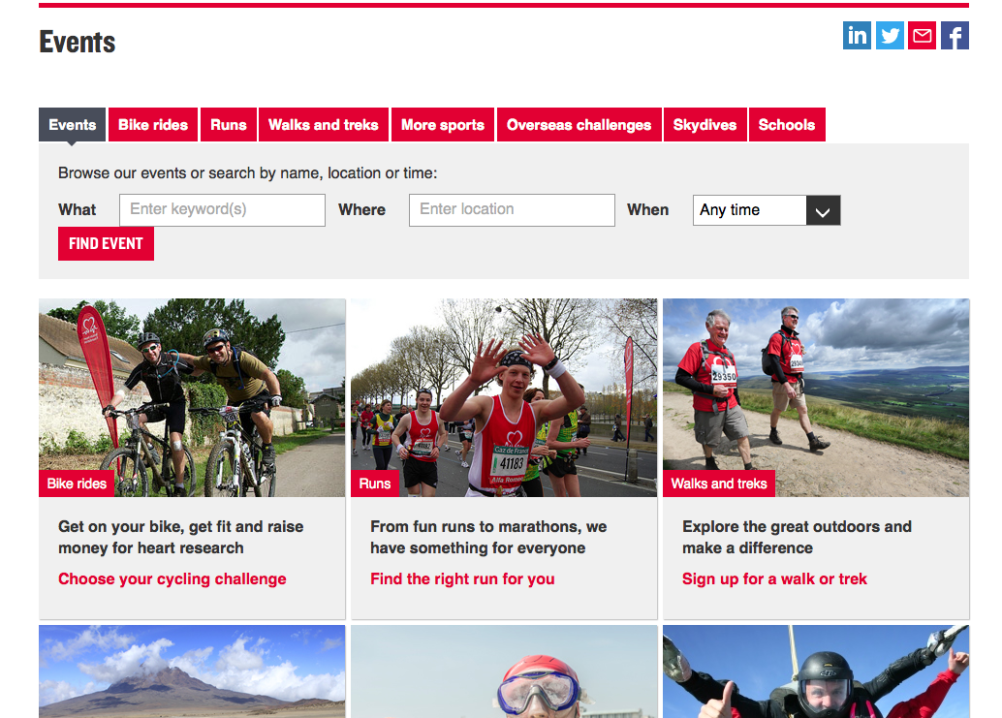 The redesign has also focused on de-cluttering the site to remove unnecessary features, and signposting to provide clarity, he says: “In the events section, there was previously an unsophisticated listings layout. We’ve made it more visually engaged, with a tiled, pictorial approach. It makes everything feel a lot more aspirational.”

Bhachu says that, alongside increasing donations and fundraising, there were two other important aims behind the rebrand: “We want to raise awareness of the BHF and what they do, and also of heart conditions,” he says. “It’s about stressing the importance of a healthy lifestyle, and increasing understanding of different heart conditions – and that they can affect 10-year-olds, as well as 60-year-olds.”