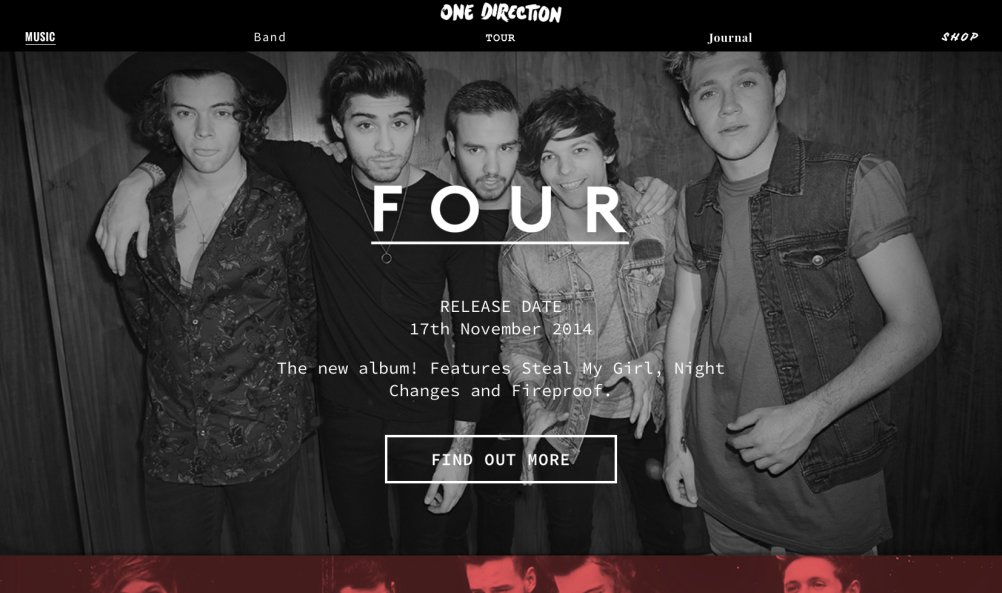 The new website features panels of content on long, scrolling pages, and a wide range of band photos. It also has animated menu titles, which change font when the user places their cursor over them. 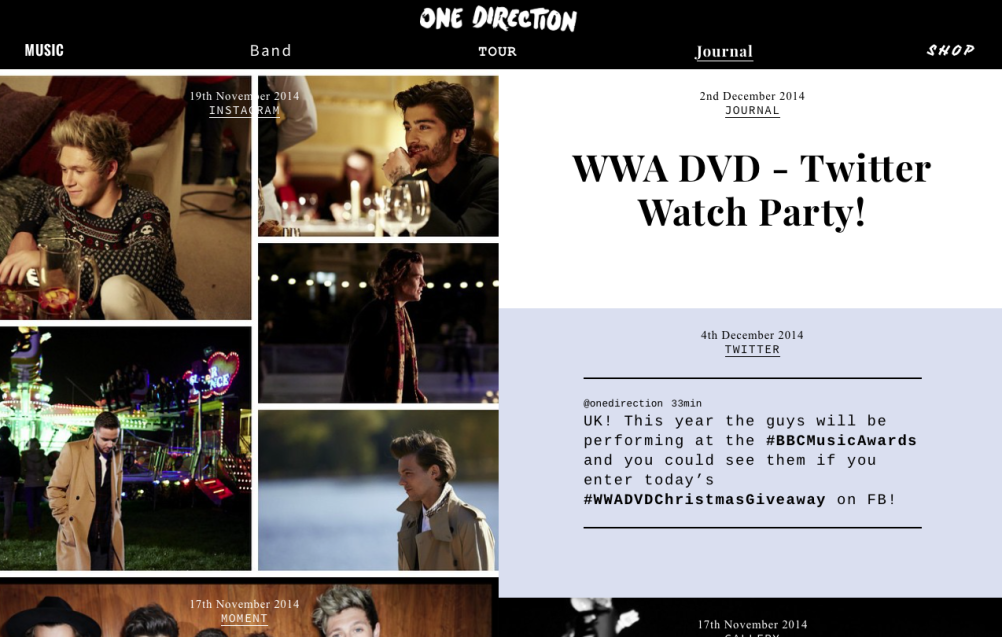 The new look comes alongside the November release of the band’s fourth studio album Four – but the design consultancy wanted to create a new site that would exist beyond this record, creative director Dan Moore says.

“We wanted it to be non-album centric,” he says. “It should be a place where you can start to get to know the band, and where you can source hard-to-find stuff, such as high resolution photos and track listings.”

The consultancy had smartphone users in mind when it revamped the site. “We needed to create a big, bold brand website,” Moore says. “It had to have huge hit areas, flexible scaling and an emphasis on content delivered in single scrolling pages, rather than multiple taps.” 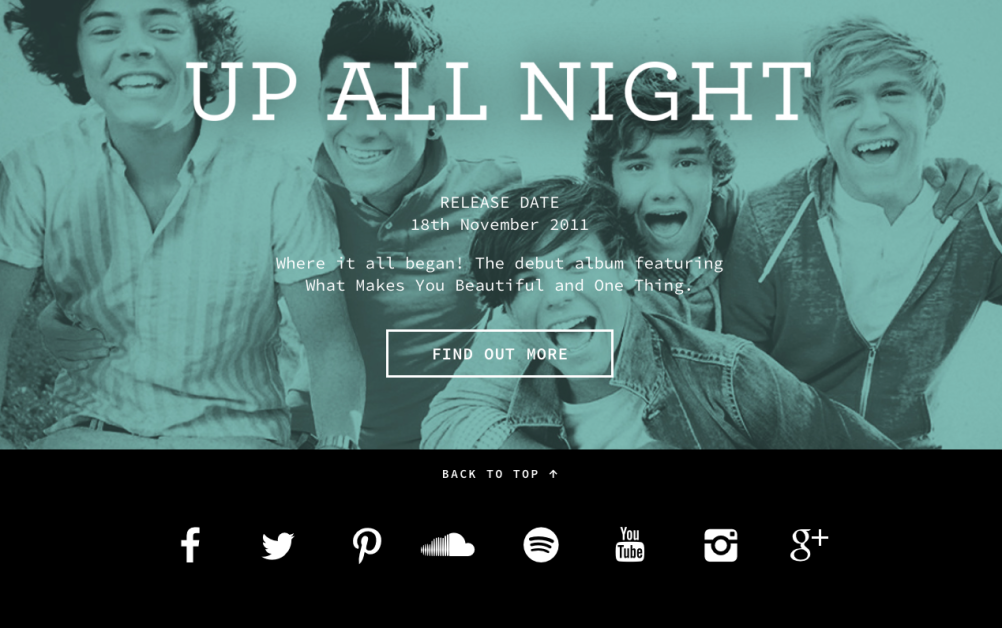 “A band like One Direction has a younger, socially connected audience,” Moore says. “We wanted to create an experience that was different and would make fans go there, rather than to their Vevo page or to Harry Styles’ Instagram. We had to make it mobile and friendly.” 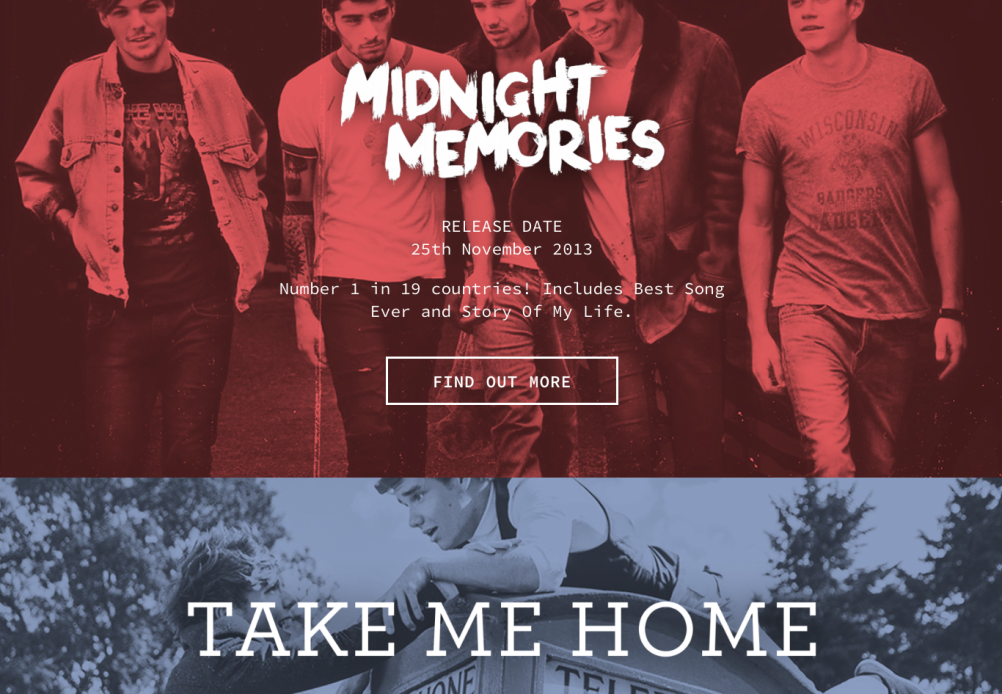 The horizontal, full-screen panels aim to give each section it’s own look and feel, he says. “We’ve likened this to a magazine, with different sub-sections and typography,” he says. “It’s got a scrapbook feel, but there’s a sense of curation to it rather than a feed of stuff.”

Features such as the changing menu title fonts have been used to inject life into the site, Moore says. “The main shot of the new album is pretty raw for a pop band – it’s a bit like they’ve been snapped in a lift,” he says. “We wanted to get across that quirkiness and have a bit more fun with it. We didn’t want it to come across as really polished.”

Studio Output has worked on prior One Direction sites, and has previously worked with Syco on brand campaigns for pop acts including Labrinth and Little Mix.