Design Week: Why did Neue want to get involved with the passport redesign project?

Benjamin Stenmarck: This was an opportunity for us to use our knowledge of identity design on something that everyone can relate to. Getting to design the Norwegian passport was a great honour, and allowed us to convey a modern expression within a well-known and traditional frame.

DW: What did the competition involve and how did you pitch your concept?

Lars Håvard Dahlstrøm: The prequalification involved nearly 30 design agencies in which five were selected for a further pitch. These were paid to deliver their proposed solution, before a jury took the final decision on which concept they would go ahead with. The submitted proposals were of consistently good quality, but personally I think we stood out because we managed to free ourselves from thinking of the passport as a traditional document – instead, we thought of it as any other identity project.

DW: Tell me about your design for the passport – what are its key features, the concept behind it and from where did you draw inspiration?

BS: The starting point of our design concept was the Norwegian landscape, with its vast variation from the north to the south. The idea was to use characteristics of the landscape within the passport. As in any identity project, we tried to tell a story that was unifying and also differentiating for the brand, in this case, our country. We wanted the visual expression to be experienced as modern, but we also wanted to play on classical engraving techniques, like chalcography. We intended the visuals to have roots in history and to simultaneously point ahead.

DW: What sort of things did you come up with when you were developing the design?

LHD: We spent a lot of time trying to understand how the passport is used, the associations people have with it, and what kind of security aspects we would have to take into consideration. We obviously had ideas that went far beyond what would work in a passport – that’s an important part of the creative process. Our experience is that the outstanding and functional ideas are often a consequence of the more “crazy” ideas.

DW: The passports come in white (immigrants), turquoise (diplomats) and red (standard) – is this a link to the Norwegian flag?

LHD: All the colours of the passport have their “membership” within the Norwegian flag – right now, we get the feeling that a lot of people want to be Norwegian diplomats! We wanted a fresher and more modern approach – so we turned the red more towards orange, and the navy blue closer to turquoise.

DW: How do you think your design captures what it is to be Norwegian?

BS: As a nation, we are a country with much of the same diversity as in the rest of Europe – there may no longer be a “template” for what makes a good Norwegian. However, what remains strong is how we as a culture relate to nature. Nature has always been an essential part of the Norwegian identity and tradition, as well as being fundamental for our welfare. It’s important for the economy – for example through tourism, fishing and agriculture – but also, the outdoors is a place where we spend our leisure time. The design also reflects the Scandinavian tradition that Neue is a part of, where storytelling and seeking a simple expression of things is important. At the same time, we are a young and modern nation, and it is natural that the passport should portray the image of a country that looks forward. 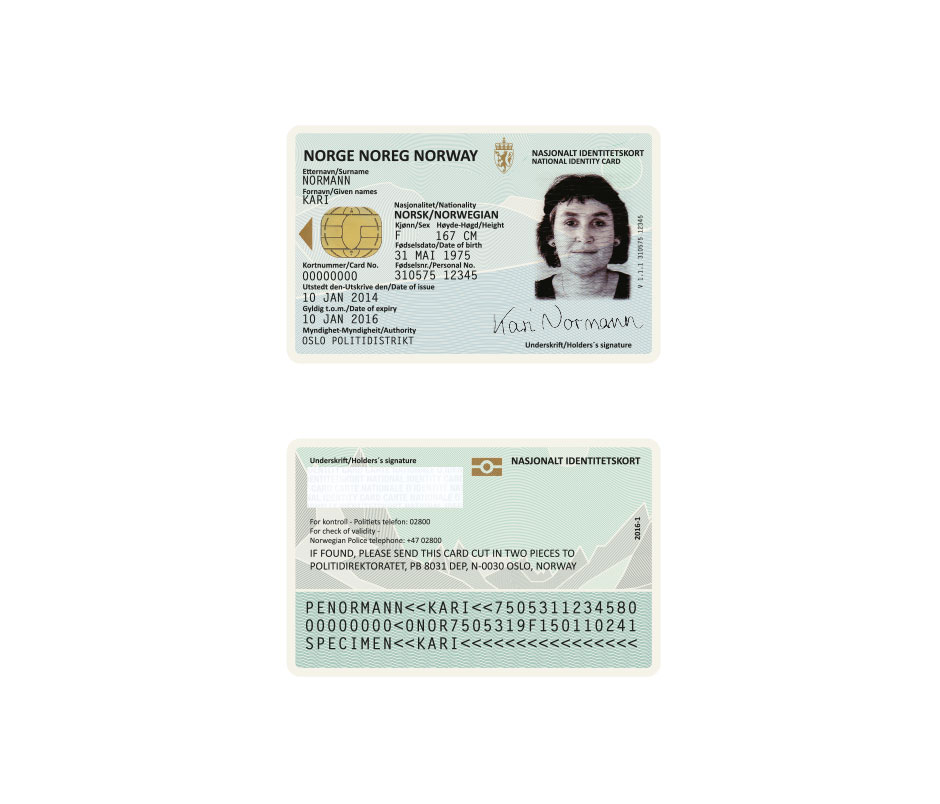 DW: Tell me about Neue’s design history – have you worked on similar projects to this before?

LHD: Neue have mainly worked on identity projects. We aim to challenge ourselves, and our customers, so that we create solutions which stand out in the market and are durable over time. We have done this on both public and commercial projects.

DW: Norges Bank previously launched a competition to redesign the 100-kroner note, due to be issued around 2017 – were you tempted to apply for this too?

LHD: We did pitch to design the new Norwegian banknote but were not one of the agencies that got through to submitting proposals for a solution – it was perhaps the best thing that happened to us, and to the Norwegian passport.