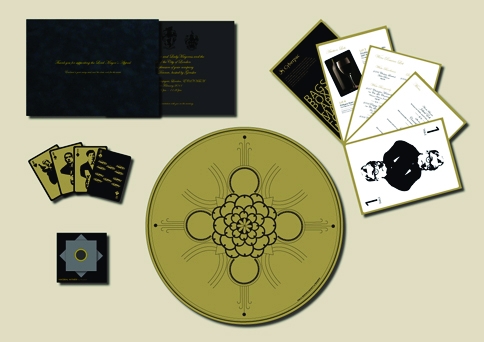 Gensler previously created the identity for the Lord Mayor’s parade in November 2010. It began work on the fundraising project about six months ago.

She says, ‘We wrapped the space in black fabric, and behind the fabric is a series of invisible spaces that will open at different points in the evening to reveal stages and a number of performances.’

Gensler also created all the graphics and branding for the event, including signage, brochures, invitations and a pack of 1960s-inspired cards, for the goody bags.

Tony Wilks, branding and graphics practice area leader, says, ‘We’re working in close collaboration with the interiors team, so we took the idea of the East End, but with a high-quality gala dinner. We used black and gold and a sophisticated print technique to give this high-end quality.’

The dinner takes place next Tuesday.