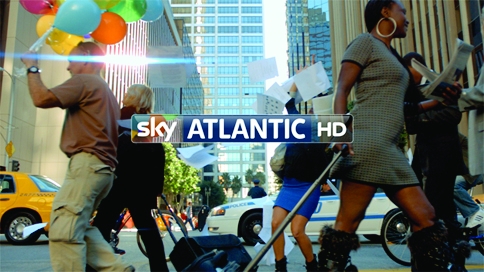 Heavenly commercial director Graham Barnetson says the consultancy was appointed to the work in July 2010 after being approached by Sky. Sky Atlantic will focus on US dramas such as Mad Men and Boardwalk Empire.

Barnetson says, ‘The challenge for Heavenly was to develop a premium, intelligent and influential environment brand within the Sky stable to challenge the likes of BBC Two, Channel 4 and More 4. The proposition needed to be versatile and future-proof. It also needed to look and feel stylish, cool, immersive, smart and engaging, while not becoming too niche.’

To coincide with the launch of Sky Atlantic, Sky is also launching a brand refresh for Sky Living HD – formerly Living – and new idents for Sky 1 HD, Sky 2, Sky Movies HD and Sky Movies Box Office, the Sky Living channels and the Sky Arts channels. All creative work for these channels has been carried out by the broadcaster’s in-house team Sky Creative.

Clare McDonald, executive creative director for Sky Creative, says, ‘To be faced with one rebrand of a prominent channel is a big enough challenge for any creative agency, but to take on eight at the same time was a mammoth task… It’s enormously rewarding to see the hard work pay off and we’re delighted with the quality of idents and the common look and feel that is being carried across the channels.’