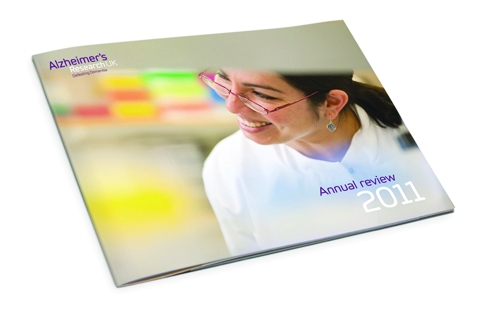 Charity Alzheimer’s UK works to find preventions, treatments and a cure for dementia. Spencer du Bois says the objective of the rebrand was to create a new identity to increase recognition of the organisation and encourage greater support.

Spencer du Bois was appointed to the work at the beginning of 2010 following a four-way credentials pitch.

The consultancy developed the bespoke ALZ font for the identity, which is also used across the charity’s collateral, including the 2011 annual review.

John Spencer, creative director of Spencer du Bois, says, ‘Legibility was crucial. A clear, easy-to-read, immediately obvious logo design was needed to enable us to deal with a lengthy name and strapline.’

He adds, ‘The logo’s overly scientific letterforms reflect the charity’s research focus and speak of its ultimate ambition to beat dementia. The understated colours are contrasted by a vibrant supporting palette.’

The new identity launched yesterday at the House of Commons.

The One Off styles Everything Everywhere stores