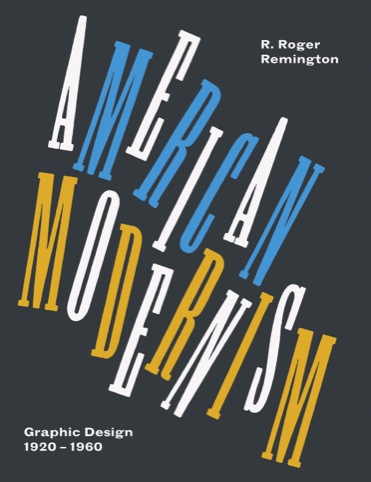 There’s an interesting look at the work of Charles Coiner, one of the first US Modernist designers to work for the US government, who created the National Recovery Act identity, and a system of marks for the Citizens Defense Corps during World War Two.

There are also some great examples of work by Lester Beall, such as these posters for the government’s Rural Electrification Administration. 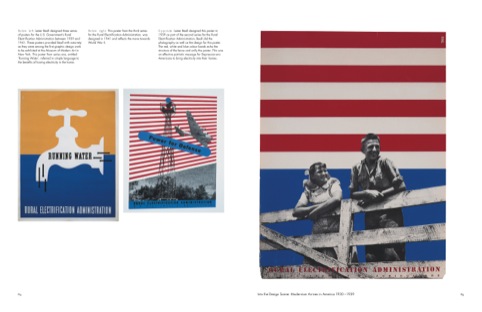 Remington tells the story of American Modernism chronologically, and devotes plenty of space to the factors that influenced the movement, such as the influence of European Modernists and the US financial boom of the 1920s (followed swiftly by a financial crash).

And there’s a rather rueful coda, in which Remington bemoans first the growth of Post-Modernism, then the influence of computers on graphic design and finally the deaths of his Modernist idols.

‘The first generation of Modernist designers is now all gone’, he writes. ‘Their absence sadly denies emerging designers of necessary role-models and direct connections with those men and women who, at mid-century, through their lives and works, blazed uncharted trails in establishing the profession of graphic design.’