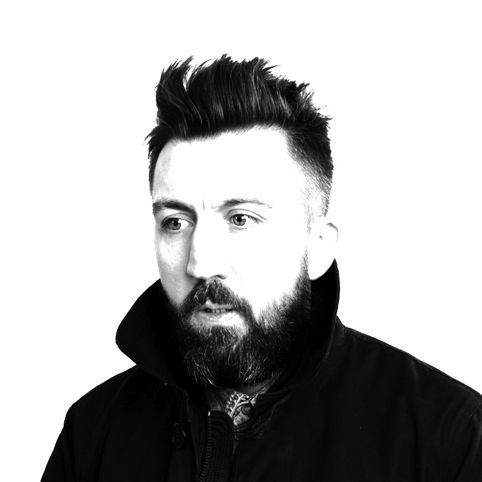 Like you I’m pretty much inspired by everything around me. Music, art, people, books, film, life and love, etc. All the stuff my eyes see and absorb everyday, whether I’m looking for inspiration or not. I find though, that in each an every thing that does inspire me it’s normally the little details that really catch my eye. I love a good detail.

Details have always distracted me. Whatever I should be looking at my eyes are normally wandering and constantly looking elsewhere. I pick up on loads of stuff around me everyday, and it’s long been an issue for the odd mate or girlfriend. I’m a nightmare in a pub… ‘What are you looking at NOW??’. I’ve no idea when it all started, but it’s impossible to turn off and no doubt played a factor in defining what I do. Perhaps it was the Artex ceiling I had in my bedroom as a kid. I could stare at that for hours making up shapes, stories, scenes and nonsense. So I’m easily distracted, and into meaningless details. What a catch.

When I was about 11 years old my mum said I could stay up and watch a film she thought I might like. She’d seen it a couple of times but she didn’t really have a clue what it was about. The film was 2001: A Space Odyssey, directed by Stanley Kubrick. It’s fair to say I was transfixed from start to finish. As the film ended I didn’t have a clue was it all about either, but I knew somehow this film meant something to me. I just didn’t know what that was at the time.

Fast-foward however many years and cinema has continued to play a huge part of my life. It’s not like design where I make money from my skill; cinema is about escapism and I don’t have to fully understand it – I can just switch off and enjoy. It might be because 2001 was the first film that really caught my eye, but I’ve had a huge appreciation for Stanley Kubrick’s work ever since. I’ve read every book, publication and interview about him. I’ve heard every bizarre rumour about his later life and I’ve watched his films over and over and over again. To the point of needing a bit of the old Serum 114 to help me stay up through the night.

Anyway. Back to the question in hand: What inspires me? Stanley Kubrick inspires me. He started getting creative with a camera at about 13, and it didn’t take him long to get noticed and start shooting for Look magazine in New York. He taught himself how to frame an image and to understand composition. Thirteen incredible cinematic experiences later and hopefully we’re all up to date.

The thing that gets me about him was his determination to learn and break boundaries. His constant drive to try something new and challenge what couldn’t be done. In Barry Lyndon (his period drama about the failure of man – a bit of a reoccurring theme in his films) Stanley wanted to retain as much authenticity as possible for this 18th-century drama. He wanted as many of the night-time scenes to be filmed by candlelight as possible so using electric lights in scenes was not an option.

The camera equipment didn’t exist to achieve this though, so he had a word with Nasa and borrowed some of their Apollo Moon Landing Carl Zeiss lenses. They didn’t fit anything though so he got another company to adapt them. He wasn’t about to compromise, and it’s all these little nuances and details that make Stanley Kubrick a true source of inspiration. Heard of the steadicam? Stanley helped further develop the use of the stabilising camera thingy so he could use it in The Shining. The guy didn’t want to stop learning. And he was pretty good at making a story come to life on the big screen too.

I face daily challenges at work. Problems to solve and solutions to find. I quite often think about Stanley, and his insatiable determination to stick to his guns and do what he felt was right. He believed in himself and was a man obsessed with details. Anything was possible. He kept trying new things and always wanted to keep learning. I find him a continual source of inspiration.