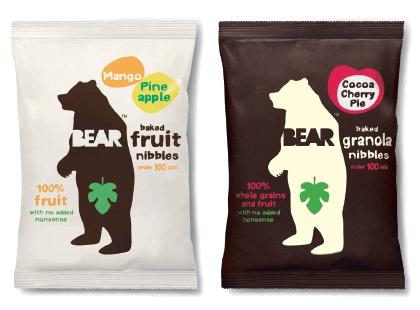 B&B developed the Bear brand in 2009 for client Urban Fresh Foods. Since then, according to the DBA, Bear has become the UK’s fastest-growing ‘healthy snack’ brand, and sales grew from £0 to £6.4 million in three years.

Bear has since branched out into new lines, including the Bear Alphabites cereal, launched last year.

This year the DBA named its biggest-ever prize list, with 65 winning projects announced.

The International Export Award, given for the most effective collaboration between a UK consultancy and an overseas client, went to Dew Gibbons and client DHU for the Mama Natura brand.

Elmwood held on to its top position in the Design Effectiveness League Table, with BrandOpus moving up to second and Pearlfisher dropping to third.