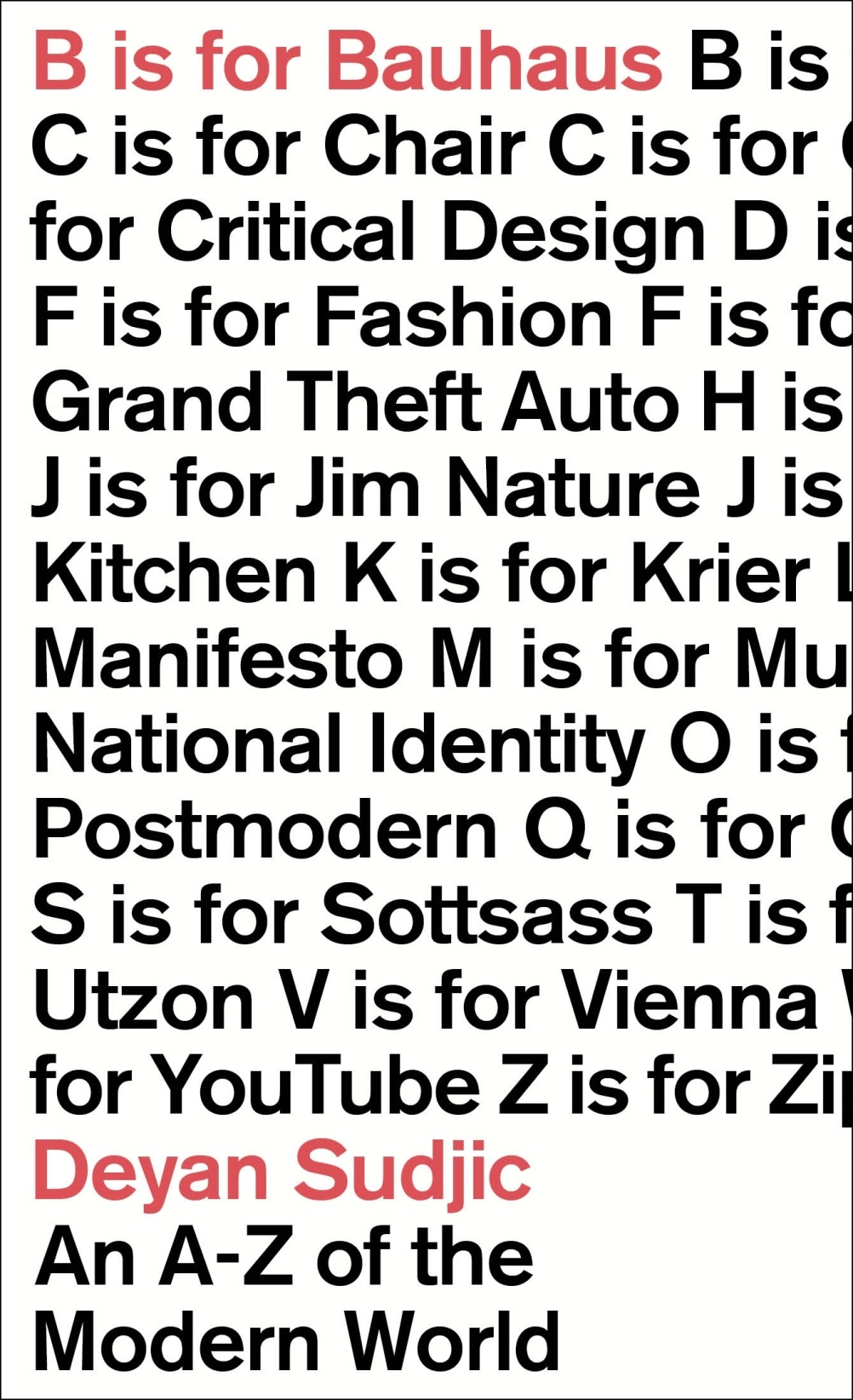 The book is a resource on everything from Authenticity to Zips and, according to Penguin imprint Particular Books, offers ‘a revealing and highly personal inside view of popular culture.’

It provides a discussion of themes that Sudjic finds important and holds dear, and is told through his own experiences.

For the most part it does this in a very informative way. It doesn’t really set out with any objective intention so it’s not surprising that there are sections that elevate projects Sudjic has been involved in, like Blueprint magazine, which he helped set up, Habitat – launched by Design Museum co-founder Terence Conran – and museums in general, a big part of Sudjic’s career.

But these are all arguably important things, which only goes to show how influential and experienced Sudjic himself is.

He also tells his stories with a necessary honesty. Blueprint, set up by a group of journalists, photographers, writers and designers would see them ‘turn the world of architecture and design upside down’ by ‘trashing the reputations of a previous generation of designers, architects…’ he says.

In the same way he says he now finds himself waiting to be dispatched by ‘electronic haikus, 140 characters at a time’.

The book is written with a natural fluidity, with authority, and at times an almost academic interrogation.

The F is for Function chapter for example takes a historical view and considers how the principles of Functionalism were embraced by everyone from Roman architect Vitruvius to China’s Chairman Mao, and poet John Keats.

Elsewhere Sudjic discusses how collecting is a human impulse and ‘pre-dates mass production and design’. This chapter has an interesting and personal take on the impulsion. Having set out that there is no need to own a radio today, what with the capability of smartphones and laptops, Sudjic reveals that he has nine, collected and kept for what they represent.

‘Tuning Wells Coates’s circular set for Ecko, designed in 1932, lights up the name of one long-gone ghost station after another, but it’s the voices of today’s BBC broadcasters that emerge from the loudspeaker, not men in dinner jackets reading the news in Received Pronunciation English.’

Later he makes the assertion that Grand Theft Auto III and IV represent a new cultural form ‘somewhere between the 19th-century novel and the Spaghetti Western’.

In the chapter M is for Museum he doesn’t need to tell us how great they are, so instead sets about explaining the political mechanics of museums.

‘They are institutions fuelled by a mix of ambition and wealth, the product of constant infighting, between trustees, directors and architects, fractured by the competing impulses of collecting and showmanship.’

B is for Bauhaus – An A-Z of the Modern World is published by Particular Books on 27 March priced £18.99 and is available as to pre-order from here.