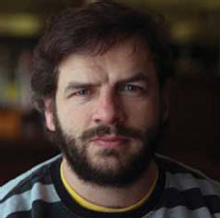 Few design groups make it through to the Hot 50 – creativity and going beyond the norm is, after all, what should make up their everyday workload. But some go further still, often unwittingly providing new models that others might follow and thus keeping the design community fresh.

One such is Berg, the interaction specialist set up in London by partners with an array of multidisciplinary backgrounds – Matt Jones, for example, trained as an architect. Not to be confused with Berg Design, the Scottish industrial design consultancy, the London group has broken new ground in areas relatively new to design.

Anyone familiar with iPad magazine apps, for example, will have encountered Popular Science by Bonnier R&D. Few will be aware that the idea behind this pioneer of online publishing was created ahead of the iPad launch earlier this year. Berg was approached by Bonnier in October 2009 to envisage what the next generation of apps could be like on the assumption that Apple had a new tablet device up its sleeve.

The iPad launched at the end of January 2010 and the Pop Sci+ app just a couple of months later. This ability to pitch into the unknownwith confidence and expertise is what sets Berg apart from many of its peers – even in the digital sector – and has earned it a place here.

We want to be modern