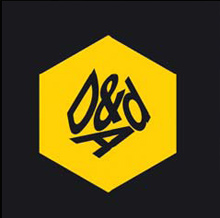 There’s a lot going on at D&AD, since new energy was brought into the regime in 2009 when Tim O’Kennedy was appointed as chief executive. Though survival is no longer on the agenda, broadening the appeal of D&AD is still a priority as this month’s promotion of Laura Woodroffe to the new job of director of content, community and campaigns confirms.

Last June saw Dick Powell take over from Anthony Simonds-Gooding as chairman, and with his passion for the education side of D&AD, he has made sure that a vision is in place for the future.

Simon ’Sanky’ Sankarayya is, meanwhile, the first interaction president in the new three-way rotation, which also includes design and advertising. Sanky aims to be the ’glue’ between advertising and design. He has the backing of a strong management team in O’Kennedy, Powell and financial director Dara Lynch.

This year sees D&AD and advertising and design organisation The One Club launch a new pencil rankings system, which aims to identify the international leaders of creativity. Looking forward, D&AD has to find new premises and plan its 50th anniversary in 2012.