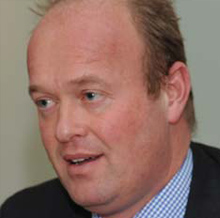 Car company Audi has made this listing many times before, largely on the strength of work by its now defunct Audi Design Foundation, which worked with students and young designers to help developing nations and, more recently, to promote sustainability in the UK.

Audi UK reluctantly decided to close the 13-year-old charitable foundation last year and bring its social responsibility activities in-house. But that has not stopped it or its chief executive Jeremy Hicks, who was very involved in the ADF’s Sustain Our Nation programme and has continued to build the company’s profile through design.

The Hot 50 selectors were at pains to exclude from this citation the Audi AG-backed Outrace installation sited in Trafalgar Square as thecentrepiece of the 2010 London Design Festival. Commissioned by the car firm’s German business, the piece by designers Clemens Weisshaar and Reed Kram featuring robotic arms famously used in the production of Audi cars was generally deemed a disappointment.