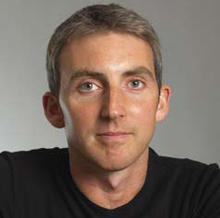 You have to admire the energy of industrial designer Joe Ferry. As head of design at Virgin Atlantic for nearly a decade, he has not only commissioned groundbreaking work for Sir Richard Branson’s design-led airline, but has been a prominent figure in the wider design community too.

Through him Virgin Atlantic has consistently championed design, commissioning great work across the board and fostering new talent by sponsoring awards at the New Designers graduate show and beyond. He meanwhile has become a regular on the conference and awards circuits and remains a member of the Design Council’s council. Virgin

Atlantic projects initiated during his watch include the award-winning Upper Class seat by Pearson Lloyd and the Clubhouse Business Class lounges at London Heathrow and Gatwick airports and Hub training facility – all designed by architect Softroom, which has also collaborated with Pearson Lloyd and the Virgin Atlantic in-house team on plane interiors.

Last autumn Ferry joined Intercontinental Hotels Group as senior vice-president, global guest experience and design. We eagerly await news of his work there and expect a raft of innovative design commissions before long.