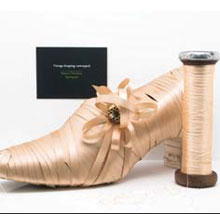 While some client sectors have felt the pinch of recession, the luxury market continues to thrive. Members of Walpole, the umbrella organisation for British luxury brand-owners, have shown great resilience, looking now to emerging markets such as the Middle East and China as outlets for their goods.

But luxury still resides in the UK, judging by the constant stream of packaging commissions for drinks brands and the like and other developments towards the end of 2010.

In December, for example, luxury accessories company Mulberry opened a flagship store in London’s Bond Street, designed by Universal Design Studio. We also saw the launch of Shop at the Savoy, the five-star retail service designed by Change Retail for guests at the London hotel, which reopened in October following a £100m refurbishment by Pierre-Yves Rochon and architect Reardon Smith.

Change Retail was set up earlier last year under managing director Simon R Thompson, who had previously worked for Saatchi & Saatchi and Four IV, with input from a ’council’ of top-flight creatives.

A spate of luxury hotel openings in the capital will meanwhile culminate in the launch of the first UK W Hotel in Leicester Square next month (see page 31), reinforcing the strength of the luxury scene.