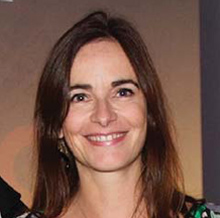 Government spending cuts highlighted a rare breed of design champions last year as innovators battling against the odds for the future of their organisations made their stand. One such is Sarah Gaventa, director of Cabe Space, the arm of the beleaguered Commission for Architecture and the Built Environment that deals with reclaiming external spaces for public use.

The future of Cabe and its offshoot remained uncertain as Design Week went to press with the Hot 50 listing – Cabe was one of the bodies the coalition Government passed on as it published its review of public spending in November. But reports towards the end of 2010 of tentative talks with the Design Council, also affected by the Government axe, about finding enough common ground to move forward together have gained credence

Gaventa deserves particular mention here for what she has achieved at Cabe Space through various projects since she joined in 2006 and for the publication of her books Concrete Design and New Public Spaces by Mitchell Beazley.

Her influence in architecture includes involvement in the London Architecture Biennale and the City Architecture Forum. But her heritage is in design as a co-founder with Claire Catterall of creative events originator and curator Scarlet Projects, among other things.

Whatever role she has fulfilled since she graduated from the Royal College of Art, Gaventa has been a great communicator. She has, for example, worked in communications at the Royal Institute of British Architects and was communications director of Glasgow 1999: UK City of Architecture and Design.