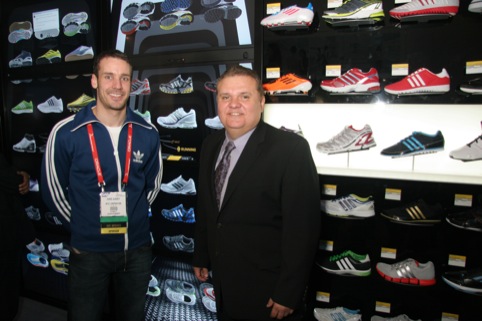 According to Adidas, Start Creative was appointed seven months ago and has sought to design an in-shop interface which can display products, from a library of 4000 shoes.

An Adidas spokeswoman says based on initial selection the Adiverse device can make further tailored suggestions to the consumer based on age, gender and category of shoe.

The multi-panel touchscreen allows customers to zoom in on and rotate trainers, reveal techincal specifications and play related videos.

Designed for smaller stores the Adiverse ‘will showcase products not in stock which can be shipped to the consumer,’ the spokeswoman says.

Start Creative is unable to comment on its involvement in the project but it is understood a prototype store will be trialled in the UK next year.